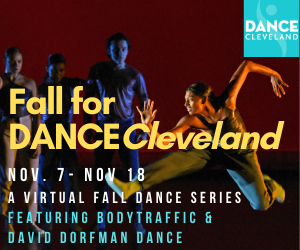 On May 7th, 2016, we had the privilege of attending choreographer Andrew Harper’s first evening-length production, which enjoyed a successful run at the 13th St. Repertory Theatre.  “Song and Dance” proved not only captivating, but also thought-provoking and quite powerful. Everything from the performance space, to the multi-talented performers, to the quirky music, worked to draw a strong emotional response from the audience.

Harper’s attention to detail was evident in every aspect of the production.  Even his choice of venue fueled the vaudevillian atmosphere that he sought to create onstage.  The setting simulated the experience of a traveling cabaret through its intimate, almost gritty vibe.  His choreography catered to the strengths of the performers, emphasizing the different quirks and senses of humor in each artist.  By honing in on each performer’s unique qualities, Harper succeeded in creating a shockingly real theatrical narrative, allowing us to relate on a personal level to the journeys of the characters.  Harper also chose to use music that felt familiar to the audience, but subtly manipulated its meaning through his new context, in order to catch the audience off guard.

“Song and Dance” follows a troupe of performing artists struggling to make their way in New York City, as they prioritize passion for their craft, even at the expense of income and personal relationships. In one particularly powerful scene, the uncomfortable repetition of a lone musician’s rendition of “Hit the Road, Jack” demonstrates the growing hopelessness and brimming frustration of a street performer.  As he moves from one location to the next, his initially energetic tune becomes increasingly despairing and downcast as his performances continue to garner little response. We laughed at his seemingly comedic failures until we found ourselves unable to laugh anymore. As supposedly objective viewers, we were drawn in as his despair suddenly became real.

Harper has an uncanny ability to guide the audience in a particular emotional direction.  Much of “Song and Dance” is characterized by comedic overtones, which initially mask darker themes.  However, as we delve deeper into the journeys of the characters, we find ourselves encountering more sobering moments, which necessitate reflection, as in the scene featuring “Hit the Road, Jack.”  In another notable scene, one of Harper’s dancers gives a sensual and provocative strip-tease.  Her dance quickly becomes troubling as her initial sexual confidence is reduced to unmasked vulnerability.  It is Harper’s use of silence, meant to simulate the silence of an unenthusiastic audience, which exposes the true fear of a struggling performer from behind the performer’s gaudy facade.

We were blown away by the intensity of “Song and Dance,” achieved strategically, yet subtly, through Harper’s theatrical and choreographic mastery.  Andrew Harper is, without a doubt, one to keep an eye on.