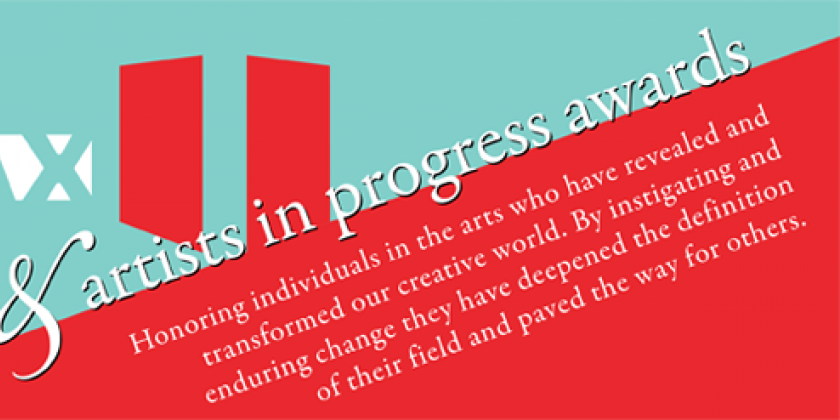 BAX | Brooklyn Arts Exchange
is honored to announced the

These awards, now in their twelfth year, have been designed to honor individuals in the arts who have revealed and transformed our creative world. By instigating and enduring change the have deepened the definition of their field and paved the way for others.  The BAX arts and artists in progress awards have gone to some of the most talented, generous and creative individuals in NYC dance, theater or performance.

The awards are given in three areas: Performing Artist, Arts Educator and Arts Manager. Nominations for the 2014 awards were sought from over 100 past awardees, presenters and members of the field.
______

In addition BAX is awarding a 2014 HONORARY ARTIST ADVOCATE AWARD to MARLÈNE RAMÍREZ-CANCIO.
______

Each awardee is asked to "pass it on". The PASSING IT ON AWARD creates a complete cycle where a panel of peers chooses the awardees and the awardees choose someone who demonstrates some of the same qualities that they, themselves, were chosen for.

ABOUT BAX
Founded in 1991, BAX | Brooklyn Arts Exchange, is a community based performing arts center dedicated to developing artists of all ages, from children to professionals. The organization offers community access to arts and culture, supporting the creation of new work by emerging artists, engaging diverse audiences and providing arts education to youth and families. BAX has intentionally constructed an environment where children study and professional artists create under the same roof. Students are mentored by professional directors and choreographers. The organization's distinct focus on developmental process makes it a nurturing incubator for experimental dance and theater artists and is an important advocate for under-represented voices in the New York City performing arts community.