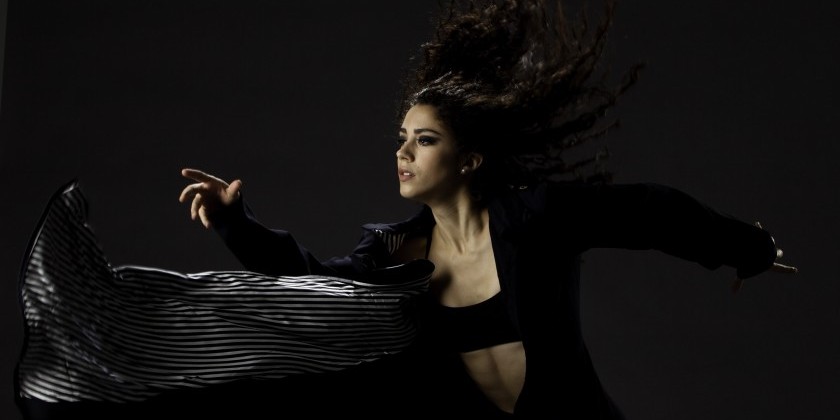 Philadelphia, PA: BalletX, Philadelphia’s premier contemporary ballet and Resident Dance Company of The Wilma Theater, announces its 2014-15 Season. Deemed as “maturing from a Philadelphia treasure into a national recognized paragon” by The Philadelphia Inquirer, BalletX is proud to present a season that highlights the unique voices and artistry of some of the most prolific choreographers working today. The 2014-15 Season will reflect BalletX’s mission to present dynamic works of bold contemporary dance to Philadelphia audiences.

Singled out by The New York Times as “a talent to follow,” Jorma Elo is one of todays most sought out choreographers. Known for combining components of classical ballet with elements of modern and contemporary dance, Elo’s work focuses on dynamic movement and musicality. A former dancer with Nederlands Dans Theater, he has been the Resident Choreographer of Boston Ballet since 2005 and has created work for many leading companies both in the United States and abroad, including American Ballet Theater, San Francisco Ballet, New York City Ballet, Bolshoi Ballet, Boston Ballet, Royal Danish Ballet, and Hubbard Street Dance Chicago, among others.

Fall Series 2014 will feature the East Coast premiere of BalletX Co-Founder Matthew Neenan’s 2014 Vail International Dance Festival world premiere. Hailed recently by The New York Times as being “one of the freshest and most remarkable American ballet choreographers based outside New York”, Neenan’s piece will be presented this August in Vail’s “NOW: Premieres” evening. This marks the second time BalletX has been invited to the festival, and the first as a featured Company-in-Residence.

A BalletX favorite, Instantly Bound, choreographed by Brussels-born dancer and choreographer Olivier Wevers, premiered in 2013. An abstract ballet set on three couples, this work explores the timely theme of gun violence and the devastating effects that it leaves in its wake. The emotional content of the ballet resonated with Philadelphia audiences, meriting its return to the BalletX repertoire. Wevers, a former principal dancer with Pacific Northwest Ballet and Royal Winnipeg Ballet, founded the critically acclaimed contemporary dance company Whim W’Him in 2009. He has won countless awards for his work and in 2011 was honored with the City of Seattle’s Mayor’s Arts Award.

A young rising star who seamlessly connects classical steps with modern contortions, Norbert De La Cruz III is a 2010 graduate of The Julliard School and former dancer with the Metropolitan Opera House, Aspen Santa Fe Ballet and Complexions Contemporary Ballet. De La Cruz has already received significant recognition for his choreography, including a 2012 Princess Grace Foundation Award and a 2012 Jerome Robbins Foundation’s NEW Essential Works Grant. He was also the 2013 winner of Hubbard Street 2’s National Choreographic Competition. De La Cruz is “…as much a poet as he is a craftsman” (St. Louis Post-Dispatch) and his world premiere for BalletX will feature original music by San Francisco-based composer Ben Joudvalkis.

Based on the series of photographs entitled We Are The Not Dead by Lalage Snow, Val Caniparoli’s haunting work Triptych first premiered in 2013 by Amy Seiwert’s Imagery in San Francisco. The ballet features gestures inspired by the wartime photographs as the dancers move fluidly from regulated military formations to free flowing movements of personal expression. San Francisco Ballet has been Caniparoli’s artistic home for over 40 years, and he has created work for more than 45 companies including Pacific Northwest Ballet, The Joffrey Ballet, Atlanta Ballet and The Washington Ballet. Rooted in classicism, “Caniparoli excels at making highly technical ballet steps fit organically into a contemporary context” (The San Francisco Chronicle).

Spanish choreographer Cayetano Soto has been creating work primarily in Europe since 2002 and is “one of the leading young choreographers of contemporary dance” (The Huffington Post). Soto’s work is known for its emotional complexity and unique dance vocabulary, and is now in high demand all over the world. His piece Malasangre first premiered in January 2013 by Gauthier Dance/Dance Company Theaterhaus Stuttgart. An homage to the Cuban singer La Lupe, this piece features exaggerated movements and extensions coupled with sexiness and humor.

Summer Series 2015 will feature a full evening of work by choreographer Adam Hougland that highlights the range and vision of this talented American choreographer. Hougland is Principal Choreographer for Louisville Ballet and Cincinnati Ballet and has created numerous critically acclaimed works for companies both in the US and abroad. BalletX has a long relationship with Hougland, having commissioned him to create two world premieres for the company—Risk of Flight in 2007 and Mashup in 2012. This full evening of work by Hougland will provide audiences with the opportunity to see a choreographer’s development over time.

Hougland’s World Premiere for Summer Series 2015 will feature live music by Philadelphia-area songwriter Chris Kasper who will play selections from his 2013 album Bagabones, an album described as having “rare depth and true originality.” Kasper has shared the stage with musical acts like Amos Lee and The Avett Brothers showcasing his unique blend of folk, blues and rock. Hougland’s ballet, Risk of Flight (2007), premiered during BalletX’s first season as Resident Dance Company of The Wilma Theater, where it was hailed as being “staggeringly beautiful” by critics. This work explores the dramatic process of stripping away emotional armor and is set to three acoustic atmospheric tracks by award-winning cellist and composer Zoë Keating. Hougland’s zany Mashup (2012) features a cast of five over-the-top ‘80s characters tripping over ballet, jazz, and tap to create a humorous piece set to the music of the parody band Big Daddy. The piece was declared to be “…the perfect way to introduce non-theatre goes to the world of classical ballet” (The Dance Journal). Hougland’s World Premiere in conjunction with Risk of Flight and Mashup will truly showcase Hougland’s evolution as a choreographer.

The 2014-15 Season will see the continuation of The X-Process, an audience enrichment initiative. During each Series in the 2014-15 Season, The X-Process will feature an interactive lecture (A Pie, A Pint & The Process) and a Q&A event (Conversation with the- Artists).

About BalletX: BalletX unites world-class choreographers with an outstanding company of professional dancers to forge new works of athleticism, emotion, and grace. Through the daring vision of its award-winning founders, Christine Cox and Matthew Neenan, BalletX challenges the boundaries of classical ballet by encouraging formal experimentation while preserving rigorous technique. The Company is committed to producing new works of the highest quality and integrity that bring the combined visions of choreographers and dancers to life and cultivate in audiences a collective appetite for bold new dance.