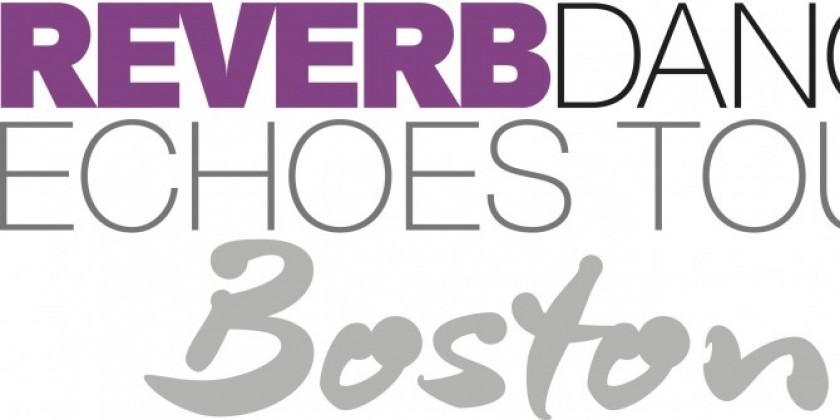 The application for The REVERBdance Echoes Tour Boston 2014 is now open! To Apply please visit http://reverbdance.org/echoestour

REVERBdance has now extended its deadline and is now accepting applications until September 24th 2014 for our first ever out of town production at the 225 seat Boston University Dance Theater.

All dance styles are welcome! Selected choreographers will present their work on December 11th and 12th 2014; at the end of each performance the audience will vote on their top 5 favorite choreographers.

At the REVERBdance Festival 2015, choreographers will present their work alongside nineteen other national and international choreographers. Participants will receive two performances over the course of the festival which will take place from November 12th to November 14th 2015. At the REVERBdance Festival, choreographers will also have the opportunity to win the $1000 REVERB Award (based on audience vote) as well as a commission provided by Steps Beyond for the Steps Repertory Ensemble. Also, the prestigious dance studio, Steps on Broadway has generously donated one month of unlimited classes to a dancer who displays the most artistic talent.

*Choreographers who are not selected to partake in the REVERBdance Echoes Tour will be eligible to receive a free showing of their work  at the REVERBdance/ Steps Beyond Performance Lab at the Steps On Broadway Studio Theater on September 27th 2014 located at 2121 Broadway @ 74th St., NY, NY 10023. There will be an artists networking party following the performance.