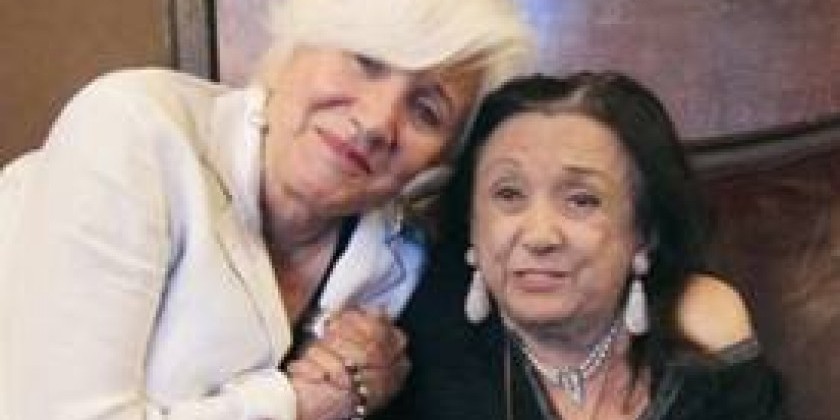 
Legendary actress and Co-Founder of The Living Theatre JUDITH MALINA will be honored by an "Educational Visionary" Lifetime Achievement Award, presented to her by celebrated Academy Award-winning actress OLYMPIA DUKAKIS, Friday, November 14, 7 PM, in the Gala Benefit event "Dance for Dance," sponsored by Mark DeGarmo & Dancers/Dynamic Forms, Inc. (MDDF).   The award is presented annually to "visionaries who have contributed to promoting innovation in education through the arts," and celebrates Ms. Malina on her lifelong contributions to the arts and education through the arts.

The evening will include hors d'oeuvres and drinks, a silent auction, a student performance, a special dance lesson for anyone with dancing feet, and dancing with a DJ.

The "Dance for Dance" celebration will benefit the educational programs of MDDF, which provides nearly all of the funding for its early educational intervention programs in some of the most challenged PreK-5 schools on the Lower East Side of Manhattan and in Far Rockaway, Queens.  Up to 100% of the student bodies of these schools live under the federal poverty rate; in addition, almost all are special needs students.   MDDF provides these programs free of charge to the NYC Department of Education since 1988, under the titles of "Partnerships in Literacy through Dance and Creativity" and "Let's Dance!", serving approximately 1,500 youngsters in four schools.

Co-Founder of The Living Theatre, the oldest experimental theater group still existing in the U.S., the legendary Malina continues to be a pioneer, mentor, and historical connection to the cultural landscapes of New York City and the U.S.A.   In addition to her work with The Living Theatre, Ms. Malina's credits include numerous film appearances, including roles in "Dog Day Afternoon," "The Addams Family," and "Household Saints."   Now 88 years old, this event will offer an opportunity to hear Ms. Malina's remarks and to extend congratulations for her life's work in facilitating change through education and creativity.   Still active as a performer, Ms. Malina will appear in choreographer/director Mark DeGarmo's upcoming tribute to the life and work of Frida Kahlo.

Incorporated in 1987, MDDF has produced over 100 dances and 28 international tours involving performance, teaching and cultural diplomacy in 12 countries around the world.   The organization has been active on the Lower East Side for 27 years, with the NYC Department of Education since 1988, and as a resident member organization of the Clemente Soto Velez Cultural & Educational Center since 2001.   Recognition for its nationally significant educational programs comes from the National Endowment for the Arts, Dizzy Feet Foundation, and the NYC Department of Cultural Affairs, among others.