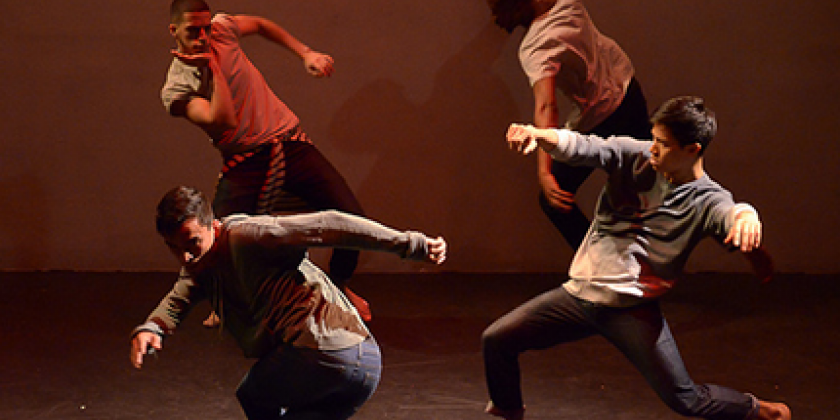 Between January and December 2015, 11 CUNY colleges in all five boroughs will host a total of 26 residencies. The residency artists and their projects represent a range of ideas and styles that reflect the diversity of the CUNY communities. In addition to providing space for artists to create work and rehearse, all of the CDI projects include programs for students a master classes, open rehearsals a along with public events such as lecture-demonstrations and performances.

Artists were selected through an open application process, and each campus chose its residency companies. Four artists from 2014 are continuing their residencies in 2015 (indicated by a *), and a complete list of CUNY colleges and 2015 residency artists follows.

The City College of New York: Center for the Arts

From the Horse’s Mouth/Clark Center NYC

College of Staten Island: Department of Performing and Creative Arts

Dance To The People*

Hostos Community College: Hostos Center for the Arts and Culture

ABOUT THE CUNY DANCE INITIATIVE

The CUNY Dance Initiative is a new residency program providing rehearsal and performance space to New York City choreographers and dance companies. CDI was developed in response to the Andrew W. Mellon Foundation’s 2010 report “We Make Do,” which cited the critical need for affordable dance rehearsal space in New York City, and mentioned available performing arts centers and other spaces on CUNY campuses. A successful pilot project in 2013 supporting choreographic residencies and performances on four CUNY campuses prompted CDI to expand its scope, with 10 colleges hosting 19 residencies in 2014.

The Kupferberg Center for the Arts at Queens College is the administrator of CDI. CDI is supported by a lead two-year grant from the New York Community Trust, with additional two-year funding from the Mertz Gilmore Foundation.