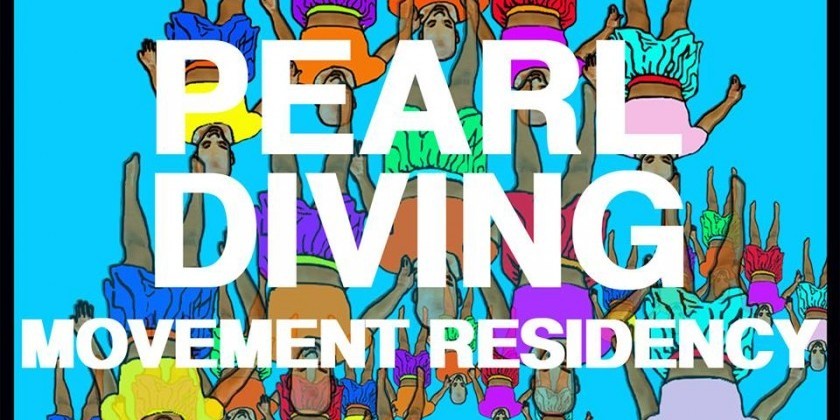 This round the residency will host local artists and Carnegie Mellon University students Kevan Loney and Almeda Beynon. The duo will be working on Lovushke, a project that integrates theater and virtual reality to produce a unique audience experience. Coming from Brooklyn, New York, Corinne Spencer will be the residency’s visiting artist to develop the next phase of Hunger, an experimental, movement­-based video installation loosely influenced by Anais Nin's novel, Cities of the Interior.

“We are interested in creating a space for artists to build-out in all directions,” Pearl said. “It’s part of our mission to create immersive environments through multimedia works that are centered in dance, and we want to support other artists who are invested in doing the same thing.”

PDMR will provide rehearsal space, technical support, mentorship, a $5000 stipend for the visiting artist, as well as an apartment, and a $2500 stipend for the local artists. The program is generously supported by The Heinz Endowments who has committed funding for two years. The artists will also be given the opportunity to build connections with members of the Pittsburgh dance community. Throughout the month-long residency, both artists will engage the community by  offering at least one open rehearsal, two classes or workshops, and one non-traditional engagement activity.

One of PDMR’s goals is to forge a relationship between the Pittsburgh dance community and the national dance scene while paying particular attention to smaller cities. PDMR reached out to arts service organizations, dance, theater and visual arts organizations, and individual artists from cities that are within a day’s travel from Pittsburgh: Buffalo, New York City, Detroit, Philadelphia, Washington DC, Cleveland, Columbus, and Baltimore.

“Some are cities that we don’t know a lot about what is happening in their dance community,” Staycee Pearl said. “We also feel like they’re probably mirror images of Pittsburgh. They probably could very well have as much going on as we do, but we just don’t know what it is, so we wanted to make connections with cities that are closer to our size and see what we could make of that.”

PDMR will culminate in an in-progress public showing of both pieces on April 2nd. The showing will be livestreamed to provide an opportunity for both local and national audiences to discuss the work to aid the artists in further developing their pieces.

PearlArts will begin accepting submissions on March 7th for the next round of the residency in summer 2016.