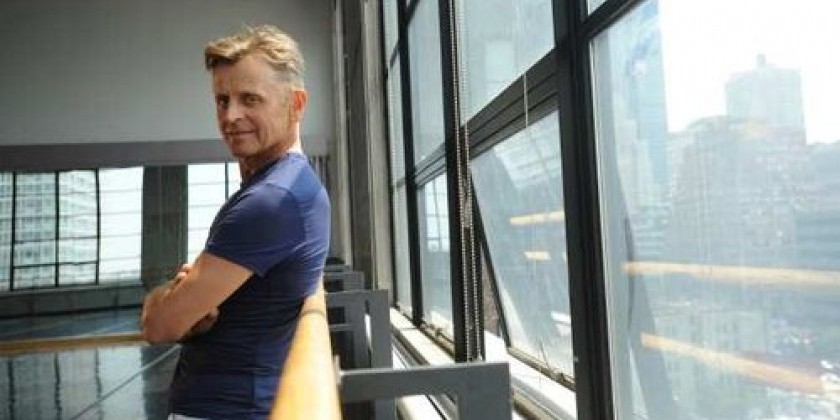 To Create a $1M Fund for Artist Fellowships

And to Name the First Artistic Space in Honor of

New York, NY, Thursday, January 16, 2014 — Baryshnikov Arts Center (BAC) announces the launch of a two-year, $1 million campaign to establish the Cage Cunningham Fund for artist fellowships, named after legendary artistic partners John Cage and Merce Cunningham. Fellows will receive support to develop new works and collaborations in BAC’s Studio 6A, which will be renamed the John Cage and Merce Cunningham Studio in December 2015, upon successful completion of the campaign. The Studio will be the first artistic space honoring Cage and Cunningham’s unparalleled contribution to 20th-century art and culture, and will be a creative home for future generations of artists to carry forward the legacy of these great artistic innovators.

Through this campaign, BAC seeks to meet a vital and ever-growing need of artists today: dedicated time and space for creative investigation without commercial pressures. The Cage Cunningham Fund will expand and deepen BAC’s current efforts to provide direct support to future generations of artists. Since BAC opened in 2005, it has provided nearly 150 residencies, serving as an incubator for artists and companies to research ideas and develop work in the Center’s studios and performance spaces. Many of these works have been performed on BAC’s own stages and at venues around the world.

Beginning in December 2015, the Cage Cunningham Fund will award the annual Cage Cunningham Fellowship of $50,000, distributed over two years to an exemplary contemporary artist identified through a thoughtful selection process. He or she will reflect artistic qualities epitomized by Cage and Cunningham, demonstrating innovation and collaboration in dance, music, visual arts, theater, or multimedia. Through the Fund, BAC will provide significant cash resources for project development, including full administrative and technical support. Cage Cunningham Fellows will experiment and create new work in the John Cage and Merce Cunningham Studio, a large, column-free studio with high ceilings and expansive windows, and one of New York City’s most beautiful work environments for artists.

BAC’s founder and artistic director, Mikhail Baryshnikov, was a close friend of Merce Cunningham. Establishing this fund and naming the John Cage and Merce Cunningham Studio at BAC reflects his deep admiration for the composer and choreographer as individuals and as artistic partners.

“Merce and John’s partnership was unprecedented in the history of American modern art. They exemplify the spirit of innovation and collaboration that is at the core of BAC’s mission. We’re honored to be the first organization to establish this essential tribute to their contribution and their courage in pushing and redefining boundaries. Our hope is to extend the Cage Cunningham legacy by nurturing the next generation of artistic innovators here at BAC,” said Mr. Baryshnikov.

To date, BAC has received lead gifts totaling $140,000 toward its goal to raise $1 million for the Cage Cunningham Fund by December 2015. The Cage Cunningham Campaign will officially launch at an invitation-only celebration event on January 16, 2014. The multi-pronged Campaign will include an online component, to be activated later this winter, and encourage contributions from a range of funders, and gifts of all sizes.

BAC is the realization of a long-held vision by artistic director Mikhail Baryshnikov who sought to build an arts center in Manhattan that would serve as a gathering place for artists from all disciplines. BAC’s opening in 2005 heralded the launch of this mission, establishing a thriving creative laboratory and performance space for artists from around the world. BAC’s activities encompass a robust residency program augmented by a range of professional services, including commissions of new work, as well as the presentation of performances by artists at varying stages of their careers. In tandem with its commitment to supporting artists, BAC is dedicated to building audiences for the arts by presenting contemporary, innovative work at affordable ticket prices. For more information, please visit www.bacnyc.org.