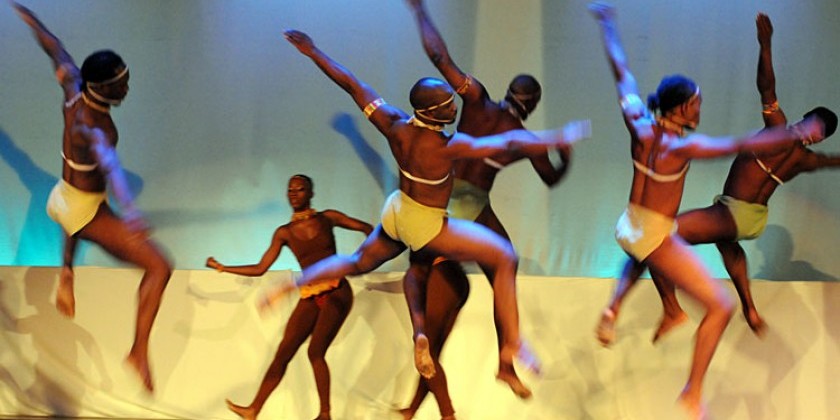 Brooklyn Center for the Performing Arts at Brooklyn College continues its 60th Anniversary Season of music, dance, theater, and family programming for 2014-15, reflecting the multicultural diversity of Brooklyn. The line-up features award-winning performances from Jamaica, Russia, Canada, South Africa, and China as well as the United States, including both Brooklyn premieres and returning favorites. Tickets can be purchased at BrooklynCenter.org or by calling the box office at 718-951-4500 (Tue-Sat, 1pm-6pm).

“Brooklyn Center’s 60th Anniversary Season will help usher in a new era for our organization. From acrobats to ballet, Latin jazz to rocking a cappella, and classic drama to family musicals, we will take our audiences on an adventure that celebrates our past and looks toward our bright future,” says Jon Yanofsky, the Director of Brooklyn Center. “The dazzling array of performances will bring artists from all over the country and the world to the Whitman stage for a season of incredible music, breathtaking dance, and colorful family performances.”

Usher in the Year of the Sheep, a year characterized by peace, love, and woolly gentleness, with a family-friendly performance by the world-renowned Nai-Ni Chen Dance Company. This lively celebration of Chinese culture includes colorfully-clad dancers, ancient melodies played on traditional instruments, and awe-inspiring acrobats and lion dancers.

Almost 30 years after they acquired international superstar status with Paul Simon’s Graceland album, Ladysmith Black Mambazo continues to tour the world as South Africa’s cultural emissary. With a career including more than 50 recordings and four Grammy Awards, including 2013’s Best World Music CD, the group continues to thrill audiences with its rich a cappella arrangements and joyously energetic performances.

In collaboration with the School of American Ballet

The Beauty of Ballet

Tickets: FREE event, no tickets issued; recommended for ages four and up

Join students and faculty of the world-famous School of American Ballet (the official academy of New York City Ballet) in this program illustrating the process by which talented youngsters develop into accomplished classical ballet dancers. Your children will watch a “class” where training exercises and steps are demonstrated, and also enjoy excerpts from famous ballets.

Flash back to 1940s Coney Island, where Woody Guthrie and his wife settled into the raucous life on Mermaid Avenue. Inspired by his Jewish family and their community, he wrote hundreds of lyrics rich with spirituality, tenderness, and a passionate belief in the human fight for peace and justice. Now Guthrie’s poetry is given new life by the Grammy-winning Klezmatics, infusing his words with Eastern European, klezmer, Celtic, Afro-Caribbean and folk flavors in a lively dialogue about the spiritual power of music to unite.

Representing the best of a time-honored tradition that began more than twenty five centuries ago, The Golden Dragons of The People’s Republic of China combine award-winning acrobatics, spectacular costumes, ancient and contemporary music and theatrical techniques to present a show of breathtaking skill and spellbinding beauty.

Based on an episode from Cervantes’ famous novel, Petipa’s whimsical and romantic Don Quixote follows its title hero as he travels to Barcelona in pursuit of honor and the lovely Dulcinea. Founded in 1988 by distinguished Russian choreographer Victor Smirnov-Golovanov, the Moscow City Ballet is one of Russia's most extensively touring ballet companies, appearing not only throughout Russia but also in Europe, the Far East, Egypt, Israel, and North and South America.

One of the premier dance companies in the Caribbean, NDTC blends the folklore, music and dance of Jamaica, Africa, and the American South with modern and classical forms to create a vibrant celebration of West Indian culture. Their much-anticipated return to Brooklyn Center will feature two programs combining evocative new works with favorites from their extensive repertoire.

The Adventures of Harold and the Purple Crayon

Sunday, March 29, 2015 at 2pm
A Target Storybook Series presentation recommended for ages three and up

Tickets: $9
A young boy creates worlds to explore, using his limitless imagination and his trusty purple crayon. Join Harold as he rockets to Mars, joins a circus, and meets a king in an enchanted garden. Enchantment Theatre brings Crockett Johnson’s timeless classic to life in a multimedia production incorporating life-size puppets, masks, music, and magic.

The parties at Jay Gatsby’s Long Island mansion were notoriously glamorous affairs. But beneath the celebrity and excess lurked a burning emptiness that no amount of champagne could quench. Based on F. Scott Fitzgerald’s epic tale of beautiful, sad people chasing the American Dream, Montana Rep’s adaptation perfectly captures both the idealism and the darkness of the Jazz Age.

Six voices seamlessly navigating syncopated rhythms and funky grooves, blending into an intoxicating brew of gospel, jazz, R&B and pop – that’s Take 6. Heralded by Quincy Jones as “the baddest vocal cats on the planet,” this multi-platinum selling group has recorded or performed with such luminaries as Stevie Wonder, Ray Charles, Ella Fitzgerald and Whitney Houston. Celebrate National Jazz Appreciation Month at Brooklyn Center with an unforgettable concert by the most nominated group in Grammy history.

The Very Hungry Caterpillar and Other Eric Carle Favourites

Sunday, April 19, 2015 at 2pm
A Target Storybook Series presentation for ages three and up

The Little Caterpillar with the enormous appetite returns to Brooklyn! Back by popular demand, this triple-bill includes the wonderful story of The Very Hungry Caterpillar’s metamorphosis into a beautiful butterfly, the fanciful account of Little Cloud’s travels through the sky, and The Mixed-Up Chameleon’s discovery of his unique nature. Mermaid Theatre draws upon the magic of black light to capture the whimsical charm of Eric Carle’s classic stories.

Children and adults alike will enjoy live music, arts and crafts, and street performers at this free community festival, where interactive family activities highlight the need to create a more sustainable future and care for the earth.

A co-presentation with the Coalition to Preserve Reggae Music

Best known for her hit, “The Electric Slide,” Marcia Griffiths has been going strong for five decades. Join the undisputed “Queen of Reggae,” along with a host of her friends, for a special concert celebrating her fifty-year-long musical career.

Sunday, April 26, 2015 at 12pm & 3pm
A Target Storybook Series presentation for ages three and up

Tickets: $15
Based on the hit PBS Kids series, this interactive musical adventure features all of your kids’ favorite characters, including Buddy, Tiny, Don, and Mr. Conductor, all brought to life through the magic and mastery of Jim Henson Studios. Climb on board for a fun-filled trip back in time to an age when dinosaurs roamed the earth....and rode in trains!

Known for his charismatic power and impeccable arrangements, pianist/bandleader Eddie Palmieri has dominated the Latin and salsa genres for more than 50 years. Join this nine-time Grammy Award winner and Latin Recording Academy Lifetime Achievement Award recipient as he ignites the stage of the Walt Whitman Theatre with an evening of Afro-Cuban rhythms and hot Latin jazz.

The Musical Adventures of Flat Stanley

A Target Storybook Series event recommended for ages five and up

One night while Stanley Lambchop is asleep, the bulletin board above his bed falls on top of him. The next morning he wakes up flat – really, REALLY flat! He decides to put himself in an envelope and travel the world, and that’s when the adventures begin. In this live musical travelogue based on Jeff Brown’s popular book, Stanley explores the globe and learns that heroes come in all shapes and sizes.

Founded in 1954, Brooklyn Center for the Performing Arts at Brooklyn College presents outstanding performing arts and arts education programs, reflective of Brooklyn’s diverse communities, at affordable prices. Each season, Brooklyn Center welcomes over 65,000 people to the 2,400 seat Walt Whitman Theatre, including up to 45,000 schoolchildren from over 300 schools who attend their SchoolTime series, one of the largest arts-in-education programs in the borough. In 2014-15, Brooklyn Center celebrates its 60th Anniversary Season of presenting world-class performances on the Brooklyn College campus.

Take 6 is made possible through the Jazz Touring Network program of Mid Atlantic Arts Foundation with support from the National Endowment for the Arts.