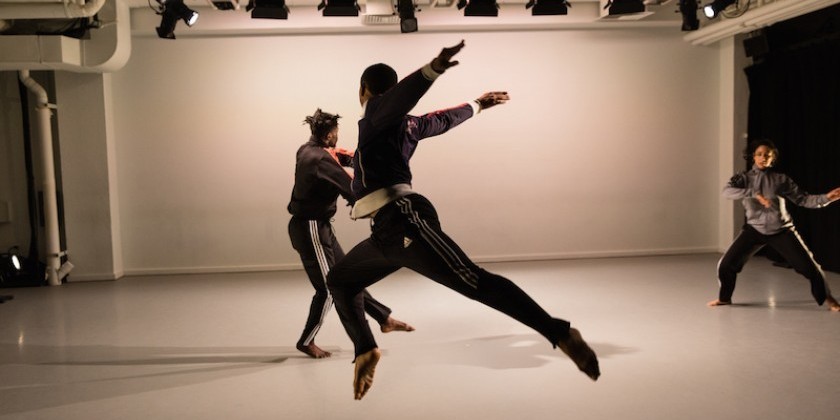 The final installment of Work Up went out with a bang: One of the best pieces of choreography in the entire four-week run closed the show.

Gabrielle Revlock opened with an extended solo, I replaced him with a lamp. I've been gratified to see many comedic dances this spring, all expanding my understanding of how humor can be conveyed in performance. To her immense credit, Revlock stripped away every non-essential element, relying on simple body language and facial expressions to convey complex emotions throughout her silent conversation with a lamp perched on a stool.

It was enough to do very little. Her face shifted from happy agreement to blank indifference. She picked at her fingernails or fixed her hair and shirt in nervous preparation. Her gestures took on a blink-and-you-miss-it rhythmic quality, growing more graceful and performative as the piece continued. 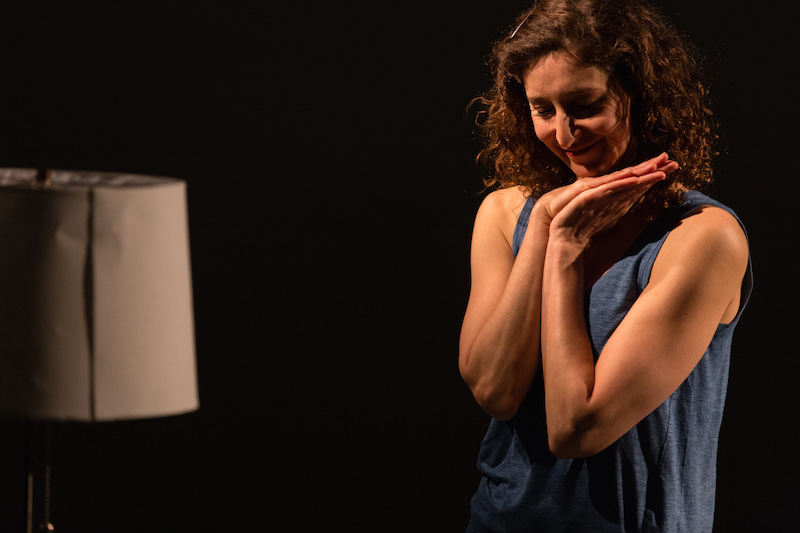 Gabrielle Revlock's I replaced him with a lamp. Photo: Scott Shaw

It required multiple recommitments of my attention to get through I replaced him with a lamp. Indeed, Revlock has conjured interminable conversations with certain bores who, confident that they have you captivated, carry on for far too long. Revlock made successful comment on the gender politics of conversation, but the entertaining elements of this solo fade against its length.

Elisabeth Motley and her company Motley Dance performed flinch, a pretty container for ideas that dissipated before they could fully form. The four sections of the dance were distinct, but lacked coherent transitions. Major changes from one section to the next — passing from sharp, energetic unison to quietly lying on the ground, for example — failed to provided context through which the audience could understand why this journey unfolded. 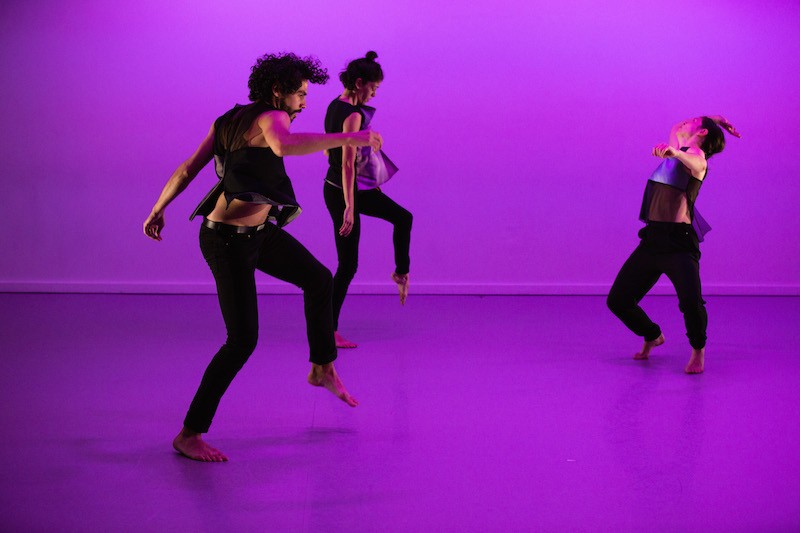 Shaking occurred as a repeated motif, but it wasn't believable — the twitches and tremors were clearly effortful and intentional, but they didn't rise from within the dancers' bodies. They felt put on from the outside. The problem with the work as whole was identical: An honest effort and intriguing to look at from the outside, but ultimately lacking the emotional context that audiences need in order to invest.

In [of color] choreographer Johnnie 'Cruise' Mercer, and dancers Erica Saucedo and Shamar Watt, exploded across the stage with unbridled power and passion. The title of the work is the modifier commonly used to denote a person who is not white. It's both divisive and instructive, allowing people to proclaim their identities as they wish, but also imbuing those descriptions with an inherent otherness. After all, white people don't describe themselves as a “person without color.” 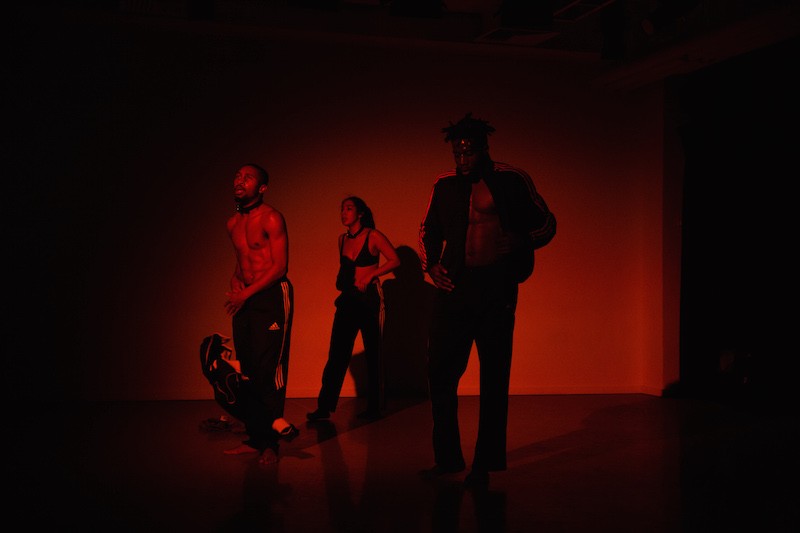 Mercer is a sophisticated choreographer, and [of color] skillfully shifted among moods, leaving a through-line of movement motifs and building on ideas. At times the dancers trembled, as if carrying a burden or suffering from illness. They swiftly shifted from boxes and lines that demarcated their separateness to become a group exposed under the same spotlight.

The movement vocabulary in this work is especially notable, as it calls on a variety of traditions (classical ballet arms, foundational capoeira steps, the bound energy of krumping) to form something unique. It's rare to see the intellectual foundation of choreography reflected in anything besides the program notes. Thanks to the time that Mercer clearly put into developing his choreography, [of color] proves that dance can be an eloquent and profound medium to question identity, struggle and strength.