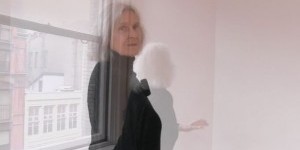 IMPRESSIONS: "From the Horse’s Mouth Celebrates Deborah Jowitt" at the 14Y

You wouldn’t be reading this if it weren’t for Deborah Jowitt. During my second year of graduate school at New York University’s Tisch School of the Arts, she graciously mentored me in dance criticism for no other reason than that I asked.

This generosity of spirit and fifty-plus years of writing about dance has made Deborah (as she is called by pretty much anyone who meets her) an almost cult figure in the arts community. Her reach is extraordinarily wide-ranging, touching budding writers like myself as well as creative luminaries from the past, present, and likely future.

From the Horse’s Mouth, a dance-theater extravaganza lauded for its storytelling, doesn’t try to quantify Deborah’s reach — that would be impossible. Over four shows and one panel that includes upward of fifty performers, dancers, critics, and speakers, it does, however, attempt to qualify her impact. Most unusual in a world where lines may be strictly drawn between roles, Deborah has kept her fingers in many pots, working as a dancer, choreographer, scholar, teacher, and writer. “A new role model” is how Ellen Graff describes her.

The setup of From the Horse’s Mouth Celebrates Deborah Jowitt is simple. An individual, dressed in black with splashes of red, takes the stage with a microphone in hand and relates an anecdote or three about the honoree. For those unable to attend in person, modern technology allows them to be present via a short video.

During these offerings, a trio dances behind and around the presenter. Sometimes, the movement directly evokes the words being spoken while, at other times, the actions appear improvisational and abstract. After speaking, the presenter replaces one of the dancers for a brief or an extended period. Age ain’t nothing but a number here with several mature artists incorporating their canes into their performance or forgoing them altogether. During several intervals, zanily attired participants parade on a diagonal from upstage left to downstage right. At the end, everyone gathers in a semicircle around Deborah, who stands center stage, beaming.

The presenters, many of whom worked alongside Deborah in the groundbreaking ‘60s and ‘70s, share stories that emphasize her natural inclination to be what Naomi Goldberg Haas calls “other-directed.” Dianne McIntyre discusses how Deborah could make “herself invisible in large gatherings.” Tina Croll, co-conceiver and co-director of the event, characterizes Deborah as the “Earth Mother” of the original Dance Theater Workshop on 20th Street.

Rosalind Newman as part of From the Horse’s Mouth Celebrates Deborah Jowitt; Photo by Whitney Browne

Many, many contributors speak to Deborah’s singular ability as a dance critic. Stuart Hodes states that she has “the gift of total recall.” After recreating an exercise Deborah (along with critic Marcia Siegel) gave of balancing a pole on her fingertips while articulating what she saw, Rosalind Newman explains how Deborah has helped her to “see dance more deeply and in more detail.” Gus Solomons jr refers to her memory as “prodigious” while Kenneth King points out that she “seen more dancing than anyone.”

Among the presentations, which include a funny song warbled by Jamie Cunningham and a sweet lullaby by Meredith Monk, both via video, it’s the personal details that tug at the heartstrings. Opening the show, Marcia Lerner Hofer talks about the half-century-long friendship between Deborah, herself, and their husbands, which is symbolized by a pair of salt and pepper shakers given to celebrate Marcia’s wedding. Wendy Perron, Editor at Large for Dance Magazine, describes visiting Deborah’s Greenwich Village apartment for the first time to see it decorated with a red carpet and burnt-orange curtains. When she returned later, it had been re-appointed in cool blues and greens because Deborah and her husband changed the palette of their living room each season to rebalance the weather outside. “That’s when I realized how sensitive Deborah is to her surroundings,” she says.

As it should be, Deborah opens and closes the show, first with a gestural solo and lastly with a few remarks. “Everyone . . . knows that a career in dance, exhilarating as it is, is also in a sense like spending time in the trenches.” For those of us in the trenches now, we’re lucky to have Deborah, who blazed a path that has inspired so many of us.