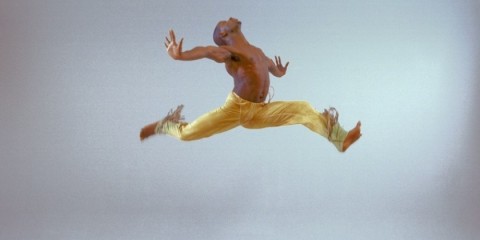 Standing Firmly on the Choreographic Legacy of their Namesake

The Unsung, The Moor's Pavane, The Winged

It's a tricky time to be a modern dance company. Multiple groups, from Keigwin + Company to the Martha Graham Dance Company have expanded their repertoires in an effort to challenge their dancers, reconnect with the larger dance community and invigorate audiences. The night I saw the Limón Dance Company perform Program B (The Unsung, The Moor's Pavane and The Winged) of the 70th Anniversary José Limón International Dance Festival, the company stood firmly (and rather courageously) on the choreographic legacy of their namesake.

It's a special treat to see work performed by dancers thoroughly trained in its distinct style. While the purpose of the festival was to celebrate the universality of Limón's choreography by inviting guest companies and students to perform some of his most iconic pieces, the night I attended was devoted to the Limón Dance Company itself, along with three guest artists from The Royal Danish Ballet in The Unsung. I was spared both the muddying and the innovation that likely took place during the other companies' interpretations.

The Unsung, a group piece for men and performed in silence, is structured by a mesmerizing backbone of rhythmic stomping. The series of solos toward the end of the piece showcases individuals in various performances of masculinity tempered by tenderness. They exude bravado but also experience failure, and the group functions as a supportive, if impassive, tribe. In fact, the program notes mention The Unsung was intended as “A paean to the heroic defenders of the American patrimony” and lists Sitting Bull and Geronimo among other indigenous leaders.

Kristen Foote in The Winged; Photo by Beatriz Schiller

As one of Limón's most recognizable and successfully dramatic works, The Moor's Pavane struck the most dated note of the evening with tableau stylization that gives away its age (it premiered in 1949). Fortunately, the focused and powerful performances of Francsico Ruvalcaba as The Moor, Durell Comedy as His Friend, Kathryn Alter as His Friend's Wife and Logan Kruger as The Moor's Wife breathed life into the tension and humanity of Limón's choreography.

The program closed with The Winged, a joyous exploration of flight. The entire company was in top form in the fleet, soaring choreography and the moments of subtle humor, as when the men scoot on their stomachs ever so slightly out of the wings to peek onto stage.

There's no denying the period-specificity of Limón's work. But in the more-than-capable hands of the Company, that oft-derided and dismissed specificity couldn't be more relevant.