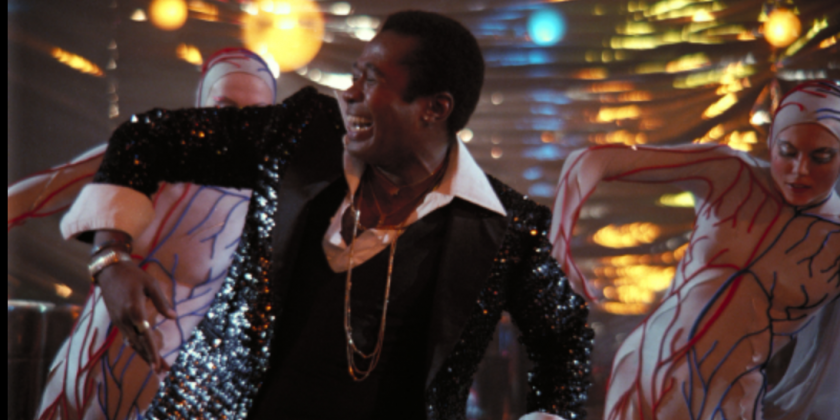 The preternaturally gifted director and choreographer Bob Fosse (Cabaret) turned the camera on his own life for this madly imaginative, self-excoriating musical masterpiece. Roy Scheider (Jaws) gives the performance of his career as Joe Gideon, whose exhausting work schedule—mounting a Broadway production by day and editing his latest movie at night—and routine of amphetamines, booze, and sex are putting his health at serious risk. Fosse burrows into Gideon’s (and his own) mind, rendering his interior world as phantasmagoric spectacle. Assembled with visionary editing that makes dance come alive on-screen as never before, and overflowing with sublime footwork by the likes of Ben Vereen, Leland Palmer, and the awesomely leggy Ann Reinking, All That Jazz pushes the musical genre to personal depths and virtuosic aesthetic heights.

DUAL-FORMAT 1-BLU-RAY/2-DVD SPECIAL EDITION FEATURES
• New 4K digital restoration, with uncompressed 3.0 surround DTS-HD Master Audio soundtrack on the Blu-ray
• Two audio commentaries: a feature-length one with editor Alan Heim and a scene-specific one with actor Roy Scheider
• Razzle-Dazzle, a new video essay on the film by critic Matt Zoller Seitz
• Episode from 1980 of the television talk show Tomorrow, featuring director Bob Fosse and choreographer Agnes de Mille
• New interview with Heim
• New interview with Fosse biographer Sam Wasson
• Interview excerpts and footage from the set, featuring Fosse and Scheider
• Portrait of a Choreographer, a 2007 documentary on Fosse
• The Soundtrack: Perverting the Standards, a 2007 documentary about the music in the film
• Interview from 2007 with George Benson about his song “On Broadway,” which opens the film
• PLUS: A booklet featuring an essay by theater critic Hilton Als
• More!

TITLE: ALL THAT JAZZ (DUAL-FORMAT 1-BLU-RAY AND 2-DVD EDITION)

Get your DVD at THE CRITERION COLLECTION