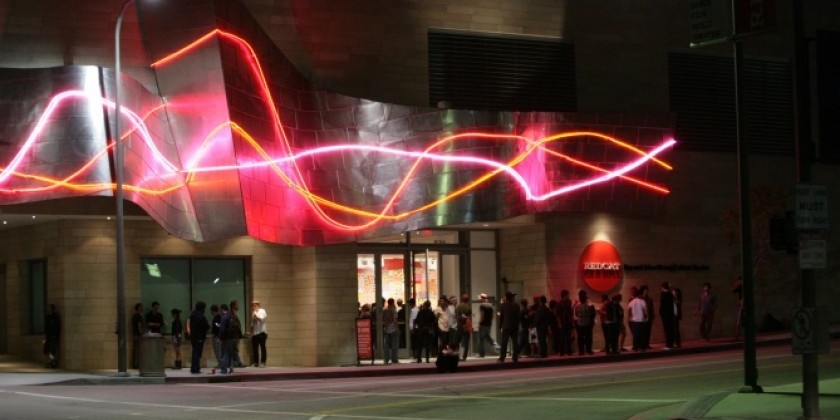 (Los Angeles, CA)—Recognized as an important national and international catalyst for the evolution of contemporary culture, and widely respected for innovative programming, REDCAT, CalArts’ Downtown Center for Contemporary Arts, will present a wide range of local, national, and international productions between January and June of 2015.

REDCAT continues to introduce influential artists from around the world to Los Angeles audiences, with several world premieres, the return of perennial favorites, and the development of new work by Los Angeles-based artists.

Conversations with Judith Butler, Hector Bourges, and KPCC’s The Frame round out the events in the REDCAT auditorium.

The Gallery at REDCAT schedule of upcoming exhibits and events can be found www.redcat.org/gallery.

More details can be found on our homepage at www.redcat.org

Studio
Mar 22 to Mar 23
Jun 21 to Jun 22
Each edition of REDCAT’s quarterly program of new works and works-in-progress brings together six intriguing investigations in dance, theater, music and multimedia performance.