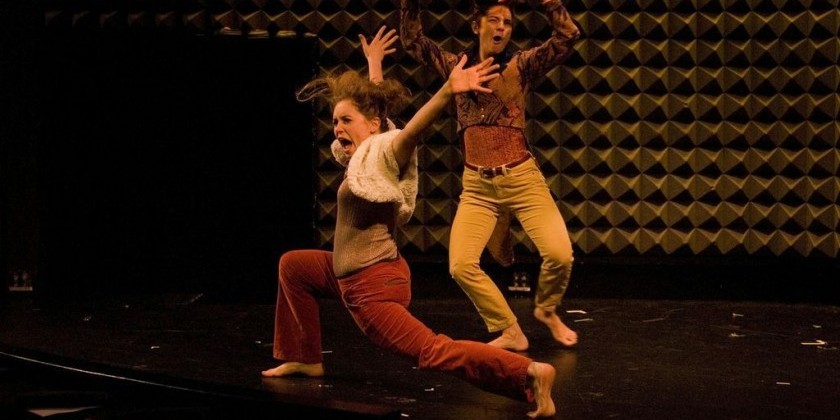 New York, NY, June 16, 2014 – DANCENOW is pleased to announce the lineup for the 2014 DANCENOW Joe’s Pub Festival. An eclectic annual showcase, the 2014 festival will feature works by forty choreographers over four evenings from September 3 to 6, with an encore performance on September 13. The exciting lineup of artists features many fan favorites, including festival veterans and returning artists, alongside rising stars and festival newcomers. 2014 marks the 19th annual season of the DANCENOW Festival.

All shows start at 7pm. Tickets are $15 in advance/$20 at the door. Tickets can be purchased by calling 212-967-7555, online at www.joespub.com, and in person at The Public Theater box office from 1pm to 6pm. Joe’s Pub at The Public Theater, 425 Lafayette Street (between East 4th Street and Astor Place). Subway: N/R trains to 8th Street/NYU or 6 train to Astor Place.

Since launching at Joe’s Pub in 2003, DANCENOW’s programming at the Pub has defied the standard and embraced the space’s limitations as a powerful source of creativity. By encouraging artists to think outside the box and utilize this unique space, DANCENOW has created an inspiring platform for dance. Over the past several years, DANCENOW has produced numerous critically acclaimed works at Joe’s Pub including Doug Elkins’ Fräulein Maria, David Parker’s ShowDown and Misters and Sisters, Nicholas Leichter’s The Whiz and 20/20, Kyle Abraham’s Heartbreaks and Homies, Nicole Wolcott and Vanessa Walters’ Alley of the Dolls, Camille Brown’s One Second Past the Future, Monica Bill Barnes’ Snow Globes, Takehiro Ueyama’s Somewhere Familiar Melodies, and Claire Porter’s SEN-TENCE.

DANCENOW’s mission is to support new dance innovators and to connect audiences to these artists. DANCENOW builds relationships with dance makers at varying stages of their development in an effort to move their artistic careers forward. Without a performance venue of its own to maintain its endeavors, and an office that exists only online, DANCENOW has learned how to do more with less and to embrace limitation as a powerful source for creativity. This policy is key to DANCENOW’s sustainability as well as its artistic vision.

Now in its 19th year of promoting New York City artists, DANCENOW has deepened the connections between its New York City programming (DANCENOW Joe’s Pub – The Festival and Dancemopolitan Commissioned artist Series, and DANCENOW Raw) and its Pennsylvania-based programming (DANCENOW Silo and DANCENOW SteelStacks, a new presenting platform). Through this expanded programming, DANCENOW gives across-the-board assistance to its artist base, while offering audiences from New York City to Bucks County/Lehigh Valley new and exciting artistic experiences. For more information, visit dancenownyc.org and silokirklandfarm.dancenownyc.org.

Image: Rooster and Snowball by Jennifer Jones from DANCENOW 2013.