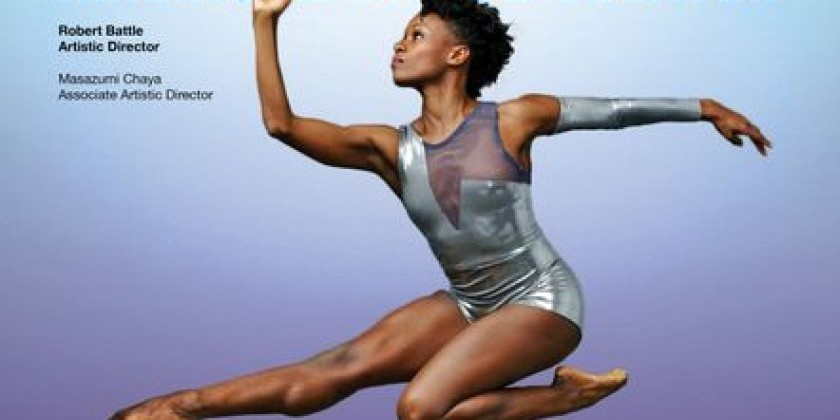 The evening begins with the World Premiere of Open Door by Ronald K. Brown.  In his sixth work for the Company, Brown adds new flavor to his signature style, setting this work to recordings by Arturo O’Farrill & the Afro Latin Jazz Orchestra.   Next on the program will be Caught, David Parsons’ signature gravity-defying work in which a male soloist flies through the air in a breathtaking display of athletic stamina.  Alvin Ailey’s beloved Revelations will rock the crowd in a rousing finale to live music with singers that include the incomparable Ella Mitchell.  Prominent figures in the worlds of entertainment, business, philanthropy and politics will join Artistic Director Robert Battle and dancers for a dinner-dance in the New York Hilton Midtown’s Grand Ballroom following the gala performance.

For further information, the public may visit www.alvinailey.org.