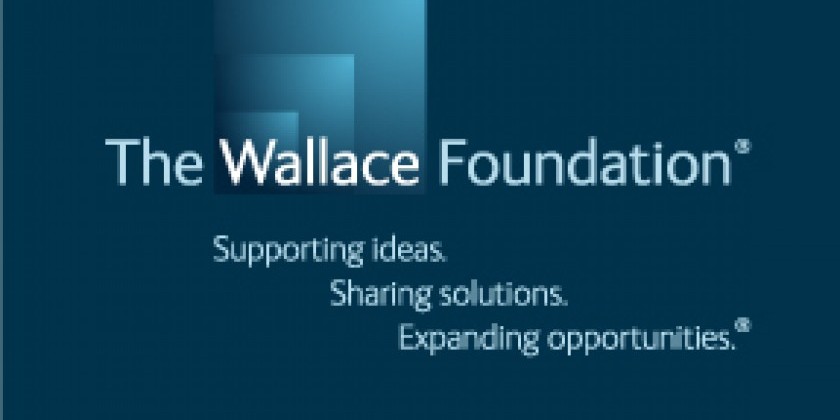 Engaging Young Audiences and Building Participation for the Future $710,000 Grant Awarded to Ailey for Preliminary Audience Research and the First Cycle of Work

New York – April 15, 2015 – Alvin Ailey Dance Foundation has been selected for the New York-based Wallace Foundation’s Building Audiences for Sustainability effort – a new, six-year, $52-million initiative aimed at developing practical insights into how exemplary performing arts organizations can successfully expand their audiences, the foundation announced today. The $710,000 grant is earmarked for preliminary audience research and the first cycle of work will explore how to eliminate barriers of engagement for millennials and implement new strategies to involve and retain their participation for years to come.

“I applaud The Wallace Foundation for launching this visionary initiative and I’m honored that the Ailey organization is one of the select participants,” stated Ailey Executive Director Bennett Rink.  “At a moment when audience participation in the arts is rapidly changing, all of us at Ailey are primed to align and coordinate efforts for what promises to be a powerful learning experience.   This support will allow us to really focus on expanding our reach, particularly with the twenty-something demographic that is crucial to developing our future audiences.”

The Ailey organization was one of 26 arts organizations from around the country that were selected to be a part of the Building Audiences for Sustainability initiative and noted by the foundation for their artistic excellence. Each organization will design and implement programs to attract new audiences while retaining current ones, measuring whether and how this contributes to their overall financial sustainability. In addition to dance, the organizations represent a spectrum of artistic disciplines, from opera companies to orchestras, theaters, and multidisciplinary arts institutions. The selected partners will receive financial and technical support from the foundation to develop, implement, analyze, and learn from their audience-building work. The evidence gathered from our work will be documented and analyzed by a Wallace-commissioned independent team of researchers, providing valuable insights, ideas, and information for the entire field.

“The arts are essential on both a personal level, providing us with experiences that open us to new perspectives, and on a community level, helping us to find common ground,” said Will Miller, president of The Wallace Foundation. “However, attracting and engaging new audiences is challenging for arts organizations because, even as the number of arts groups has grown, national rates of participation in the arts have declined, arts education has waned, and competition for ways to spend leisure time has increased. We are confident that the 26 organizations selected from a pool of more than 300 identified by leaders in the arts nationwide will provide new insights that will benefit the field at large, helping to bring the arts to a broader and more diverse group of people.”

Alvin Ailey Dance Foundation will receive grant support from Wallace to fund at least two “continuous learning cycles” of work. Over the course of four years, the Ailey organization will receive $710,000 to develop and implement a new audience-building program (first cycle), study the results, and then use the findings to implement a second cycle of programs. Ailey will also receive funding for audience research to inform the work.

“We are thrilled that The Wallace Foundation is investing in audience engagement with Building Audiences for Sustainability.  Audience engagement efforts are vital to growing and sustaining the field of dance, and we look forward to the learning that will come from this exciting new initiative,” said Dance/USA Executive Director Amy Fitterer.

About Alvin Ailey American Dance Theater and the Ailey organization

Alvin Ailey American Dance Theater, recognized by U.S. Congressional resolution as a vital American “Cultural Ambassador to the World,” grew from a now‐fabled March 1958 performance in New York that changed forever the perception of American dance. Founded by Alvin Ailey, recent posthumous recipient of the Presidential Medal of Freedom – the nation’s highest civilian honor, and guided by Judith Jamison beginning in 1989, the Company is now led by Robert Battle, whom Judith Jamison chose to succeed her on July 1, 2011. Alvin Ailey American Dance Theater has performed for an estimated 25 million people in 71 countries on 6 continents, promoting the uniqueness of the African‐American cultural experience and the preservation and enrichment of the American modern dance tradition. In addition to being the Principal Dance Company of New York City Center, where its performances have become a year‐end tradition, the Ailey company performs annually at Lincoln Center for the Performing Arts, the John F. Kennedy Center for the Performing Arts in Washington, DC, the Auditorium Theatre in Chicago, the Adrienne Arsht Center for the Performing Arts of Miami‐Dade County in Miami, The Fox Theatre in Atlanta, Zellerbach Hall in Berkeley, CA and at the New Jersey Performing Arts Center in Newark  where it is the Principal Resident Affiliate), and appears frequently in other major theaters throughout the United States and the world during extensive yearly tours. The Ailey organization also includes Ailey II (1974), a second performing company of emerging young dancers and innovative choreographers; The Ailey School (1969), one of the most extensive dance training programs in the world; Ailey Arts in Education & Community Programs, which brings dance into the classrooms, communities and lives of people of all ages; and The Ailey Extension (2005), a program offering dance and fitness classes to the general public, which began with the opening of Ailey’s permanent home—the largest building dedicated to dance in New York City, the dance capital of the world —named The Joan Weill Center for Dance, at 55th Street at 9th Avenue in New York City.  For more information, visit www.alvinailey.org.

About The Wallace Foundation

Based in New York City, The Wallace Foundation is an independent national philanthropy dedicated to fostering improvements in learning and enrichment for disadvantaged children and the vitality of the arts for everyone. It seeks to catalyze broad impact by supporting the development, testing, and sharing of new solutions and effective practices. At www.wallacefoundation.org, the Foundation maintains an online library about what it has learned, including knowledge from its current efforts aimed at: strengthening education leadership to improve student achievement, helping selected cities make good afterschool programs available to more children, expanding arts learning opportunities for children and teens, providing high-quality  summer learning programs to disadvantaged children and enriching and expanding the school day in ways that benefit students, and helping arts organizations build their audiences.

Alvin Ailey American Dance Theater is currently on an 18-city coast-to-coast national tour that ends in the tri-state area on Mother’s Day weekend from May 8 - 10 at the beautiful Prudential Hall of the New Jersey Performing Arts Center in Newark, where Ailey is the Principal Resident Affiliate.  Beloved as one of the world’s most popular dance companies, Ailey will return to Lincoln Center for the Performing Arts for a two-week 15-performance engagement at the David H. Koch Theater June 10 – 21.  For further information about Ailey’s performances and programs, visit www.alvinailey.org.