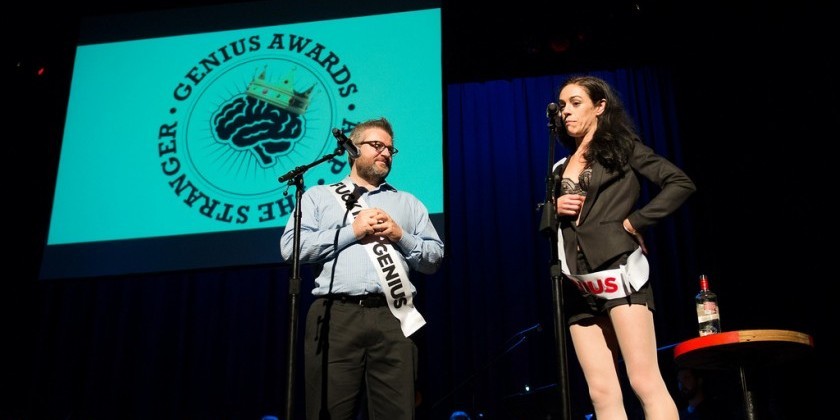 On Saturday night, Zoe Scofield and Juniper Shuey were thrilled to be awarded the 2013 Stranger Genius Award in Seatttle.  Thank You to the Stranger, On the Boards, Velocity Dance Center and all of you out there who have always believed that the work
zoe | juniper make is GENIUS!

It was an honor to be nominated alongside the brilliant artistry of Pat Graney and Amy O'Neal.  Thank you both for making this city such a vibrant place to live and work as a dance artist.

Get Your Tickets HERE!

zoe | juniper is thrilled to be co-presented by The Joyce Theater and 3LD in 3-Legged Dog's innovative new performance space.

Check out 3LD and zoe | juniper in
The New York Times!