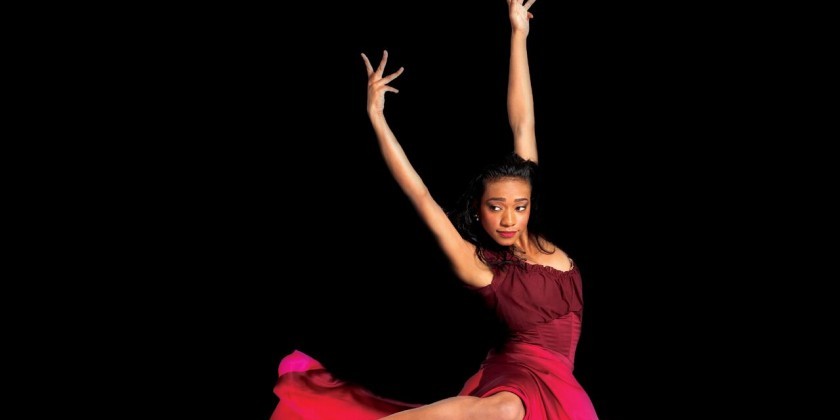 ONE DANCE AT A TIME

Dancing with the Stars

Nuestra Inspiración Award will be awarded to the television sensation Dancing with the Stars for nurturing a new generation of dance lovers, inspiring people to dance, and showcasing dance in all of its diversity.

Cocktails begin at 6:30pm and dinner and dancing commence at 7:30pm. Proceeds, which totaled over $1.1 million last year, will underwrite Company performances, School of Dance scholarships, and Community Arts Partnerships programs that engage audiences, students, and communities in New York City, across the United States, and around the world.

"As an American Company that was founded to give voice to the Latino experience through dance, Ballet Hispánico is excited to celebrate Lourdes Lopez and Dancing with the Stars for their contributions to the arts and our culture," said Eduardo Vilaro, Artistic Director & CEO.

Ballet Hispánico's annual CARNAVAL Gala is a celebration of the impactful voices of the Latino world-an exciting and fitting way to showcase the resilience and unparalleled vision of one of America's cultural gems. Attended by more than 500 of New York's most influential civic leaders, philanthropists, and artists, the evening is filled with live Latin music and thrilling performances by the Ballet Hispánico Company and students of the School of Dance. This year's event will include live music by Los Hacheros, and a Company performance choreographed by Val Chmerkovskiy of Dancing with the Starssetting a piece on Company that will be presented at the Gala. Chmerkovskiy is a two-time World Latin Dance Champion and a 14-time U.S. National Latin Dance champion.

This year's Gala Chairs are Jody and John Arnhold, Richard Feldman, Kate Lear and Jonathan LaPook, David Pérez and Milena Alberti-Pérez, and Rita E. Rodriguez. Attire for the event is festive black tie. To purchase tickets, a table, a journal advertisement, or for more information, please contact Lorraine LaHuta at 212-362-6710, ext. 28 or llahuta@ballethispanico.org, or visit www.BHGala.org.

Lourdes Lopez became Artistic Director of Miami City Ballet in September 2012, bringing with her a nearly 40-year career in dance, television, teaching and arts management. Lopez has become one of the ballet world's most prominent and accomplished contributors. Dance Magazine named her a 2018 recipient of its prestigious Dance Magazine Awards, choosing Lopez for her "...admirable stewardship of Miami City Ballet, building upon the company's Balanchine legacy while also embracing the local culture and community of Miami," and as "...an exemplary leader, someone whom dancers look up to and are inspired by." In 2017, the magazine also named her one of "The Most Influential People in Dance Today."

Lopez was born in Havana, Cuba in 1958 and raised in Miami by her parents along with two sisters.  She began taking ballet lessons at the age of 5. At 14, she moved to New York permanently to study full-time at the School of American Ballet. Shortly after turning 16, she joined the corps de ballet of New York City Ballet. She was promoted to Soloist in 1981 and to Principal Dancer in 1984. During her career, she danced for two legends of the art form - George Balanchine and Jerome Robbins. Upon retirement, Lopez joined WNBC-TV in New York as a Cultural Arts reporter. She was also a full-time senior faculty member and Director of Student Placement, Student Evaluation and Curriculum Planning at New York's Ballet Academy East, served on the dance faculty of Barnard College and guest taught at numerous dance institutions and festivals in the U.S. Other past achievements include executive director of The George Balanchine Foundation; co-founder of The Cuban Artists Fund and Morphoses with Christopher Wheeldon; recipient of the Jerome Robbins Award and the American Immigration Law Foundation award honoring Cuban Americans; dance panelist for the National Endowment for the Arts; and a member of the Ford Foundation's Board of Trustees. Lopez is married to investment banker George Skouras.  They are the parents of two daughters: Adriel and Calliste.

Dancing with the Stars is a dance competition series produced by BBC Studios for ABC. For 27 seasons, a diverse selection of celebrities - ranging from NFL football players to a high- profile deaf model - have been partnered with the show's pro dancers. Most of these celebrities have no dance experience, are coached by the pro dancer to break away from their comfort zones, and endure hours of grueling rehearsals to master new dance styles and technical choreography. Each week the couples perform their routines in front of a live studio audience and a panel of renowned ballroom experts. Their progression in the competition is based on a combination of the judges' scores as well as nationwide viewer votes. In the end, only one star rises above the rest to be crowned champion and win the coveted Mirrorball trophy.

Eduardo Vilaro joined Ballet Hispánico as Artistic Director in August 2009, becoming only the second person to head the company since it was founded in 1970. In 2015, Mr. Vilaro took on the additional role of Chief Executive Officer of Ballet Hispánico. He has been part of the Ballet Hispánico family since 1985 as a dancer and educator, after which he began a ten-year record of achievement as founder and Artistic Director of Luna Negra Dance Theater in Chicago. Mr. Vilaro has infused Ballet Hispánico's legacy with a bold and eclectic brand of contemporary dance that reflects America's changing cultural landscape. Born in Cuba and raised in New York from the age of six, he is a frequent speaker on the merits of cultural diversity and dance education.

Mr. Vilaro's own choreography is devoted to capturing the spiritual, sensual and historical essence of Latino cultures. He created over 20 ballets for Luna Negra and has received commissions from the Ravinia Festival, the Chicago Sinfonietta, the Grant Park Festival, the Lexington Ballet and the Chicago Symphony. In 2001, he was a recipient of a Ruth Page Award for choreography, and in 2003, he was honored for his choreographic work at Panama's II International Festival of Ballet. Mr. Vilaro was also inducted into the Bronx Walk of Fame in 2016 and was awarded HOMBRE Magazine's 2017 Arts & Culture Trailblazer of the Year.

Ballet Hispánico, America's leading Latino dance organization in the United States, has been bringing individuals and communities together to celebrate and explore Latino cultures through dance for nearly 50 years. Whether dancing on stage, in school, or in the street, Ballet Hispánico creates a space where few institutions are breaking ground.

The organization's founder, National Medal of Arts recipient Tina Ramirez, sought to give voice to the Hispanic experience and break through stereotypes. Today, Ballet Hispánico is led by Eduardo Vilaro, an acclaimed choreographer and former member of the Company, whose vision of social equity, cultural identity and quality arts education for all drives its programs.

Ballet Hispánico, a role model in and for the Latino community, is inspiring creativity and social awareness in our neighborhoods and across the country by providing access to arts education.