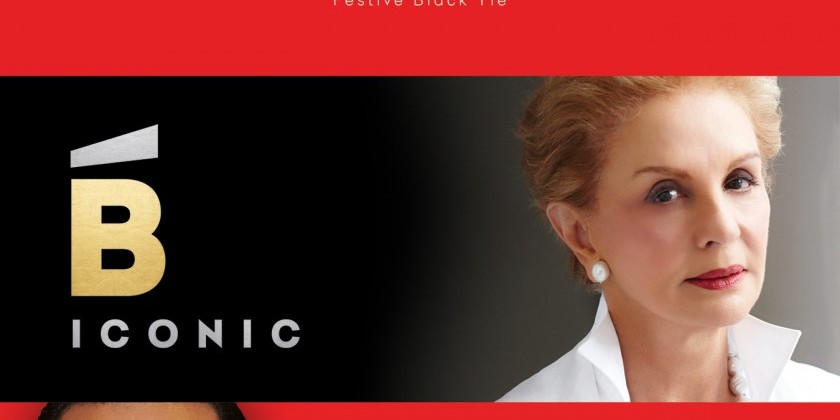 Celebrating the Impact of Latino Leaders

Ballet Hispánico will honor Latin music superstars Emilio & Gloria Estefan with the Nuestra Inspiración Award; legendary fashion designer Carolina Herrera with the Toda Una Vida Award; and businessman and community activist Marcos Torres with the Civic Inspiration Award; at its annual CARNAVAL Gala on Monday, May 7, 2018 at The Plaza Hotel's Grand Ballroom, 768 Fifth Avenue, NYC. Cocktails begin at 6:30pm and dinner and dancing commence at 7:30pm. Proceeds, which totaled over $1.1 million last year, benefit the creation of new choreographic works, much needed scholarships for young people, and immersive dance programs for communities around the world.

"Ballet Hispánico is deeply honored to celebrate four of the most influential Latino leaders of our time," said Board Chair Kate Lear. "Pioneers in their respective fields, these individuals are shining examples of the power of the immigrant experience. Their contributions have literally changed the world."

"As an organization that was founded to give voice to the Latino diaspora, Ballet Hispánico is thrilled to celebrate these four beacons of grace, strength and abundant talent from our community" said Eduardo Vilaro Artistic Director and CEO.

Ballet Hispánico's annual CARNAVAL Gala, is a celebration of the impactful voices of the Latino world-an exciting and fitting way to showcase the resilience and unparalleled vision of one of America's cultural gems. Attended by more than 500 of New York's most influential civic leaders, philanthropists, and artists, the evening is filled with live Latin music and thrilling performances by the Ballet Hispánico Company and students of the School of Dance.

Attire for the event is festive black tie. To purchase tickets, a table, a journal advertisement, or for more information, please contact Lorraine LaHuta at (212) 362-6710, ext. 28 or llahuta@ballethispanico.org, or visit www.BHGala.org.

Among the most successful and honored musicians of our time, EMILIO AND GLORIA ESTEFAN's talents have not only catapulted their own careers, but have paved the way for other Latin superstar artists such as Shakira, Jennifer Lopez, Jon Secada, Marc Anthony and Ricky Martin. In November, 2017, they were also the first married couple to receive the Presidential Medal of Freedom. Gloria Estefan took the music industry by storm in 1985 with "Miami Sound Machine" and rapidly became an international superstar. She has sold more than 100 million records, won 7 Grammy Awards and was the first Latin female to be named "BMI's Songwriter of the Year." Revered as the most successful crossover performer in Latin music history, she has also received countless accolades including the 2017 Kennedy Center Honors, Grammys, American Music Awards, an Oscar nomination, a star on the Hollywood Walk of Fame, an American Music Award for Lifetime Achievement and induction into the Latin Songwriters Hall of Fame.

Emilio Estefan is a 19-time Grammy Award-winning musician, songwriter and producer.  He was named "BMI's Songwriter of the Year", the first "Person of the Year" by the Latin Academy of Recording Arts & Sciences, and was a leader in the creation of the Latin Grammy Awards. His extraordinary vision for business and talent transcends the music field and spills over into film, television, hotels, and restaurants, among other endeavors.

Establishing a globally recognized image, CAROLINA HERRERA has resided at the helm of her eponymous label for over three decades, proving with each new season that effortless elegance paired with modern refinement is always relevant. From within her New York-based atelier, the designer's impeccably crafted, fashion-forward collections reflect the style codes of the House-catering to the woman who desires something feminine and luxurious that fits her lifestyle. Featured in top international publications, showcased on Hollywood stars across the red carpet and frequently worn by women in the public eye, Carolina Herrera's designs are an authentic expression of the designer's stand-alone mission-to make woman look and feel their most beautiful.

MARCOS TORRES is a senior Managing Director at RBC Capital Markets and heads RBC's Media & Entertainment investment banking group. He has 20 years of investment banking transactional experience. At RBC USA, Mr. Torres is a member of the firm's Diversity Leadership Council, Donations Committee, and Talent Advisory Council. Mr. Torres has been recognized as one of America's young and emerging leaders, given his professional accomplishments and contributions to his community. As one of six children, Marcos experienced a very challenging childhood, including losing both his parents and being homeless. It is in large part because of his incredibly challenging childhood experiences that Marcos remains vigilantly focused on making impactful contributions to his community and serving as a role model to underprivileged young people.

Mr. Vilaro's own choreography is devoted to capturing the spiritual, sensual and historical essence of the Latino cultures. He created over 20 ballets for Luna Negra and has received commissions from the Ravinia Festival, the Chicago Sinfonietta, the Grant Park Festival, the Lexington Ballet and the Chicago Symphony. In 2001, he was a recipient of a Ruth Page Award for choreography, and in 2003, he was honored for his choreographic work at Panama's II International Festival of Ballet. In 2016, he was inducted into the Bronx Walk of Fame. Mr. Vilaro was also inducted into the Bronx Walk of Fame in 2016 and was awarded HOMBRE Magazine's 2017 Arts & Culture Trailblazer of the Year.

Ballet Hispánico, the premier Latino dance organization in the United States, brings individuals and communities together to celebrate and explore Latino cultures through dance. Whether dancing on stage, in school, or in the street, Ballet Hispánico creates a space where few institutions are breaking ground. The organization's founder, National Medal of Arts recipient Tina Ramirez, sought to give voice to the Hispanic experience and break through stereotypes. Today,Ballet Hispánico is led by Eduardo Vilaro, an acclaimed choreographer and former member of the Company, whose vision of social equity, cultural identity and quality arts education for all, drives its programs. Ballet Hispánico, a role model in and for the Latino community, is inspiring creativity and social awareness in our neighborhoods and across the country by providing access to arts education.