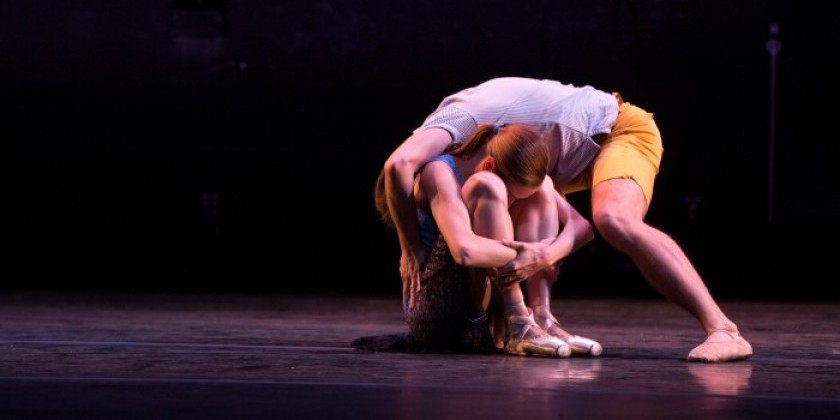 BalletCollective presents two world premieres by Troy Schumacher, both inspired by series of commissioned photographs by Paul Maffi and Dafy Hagai respectively, with commissioned scores by music director and resident composer Ellis Ludwig-Leone (San Fermin) and Mark Dancigers (NOW Ensemble). The new works will be performed alongside All That We See and Dear and Blackbirds, both of which premiered last fall at NYU Skirball.

Acclaimed New York City Ballet choreographer Troy Schumacher brings artists at the forefront of their genres together to collaborate closely as equals as they create new, ballet-based works. The result is a series of thrilling, inventive pieces certified “mint-fresh” and “seriously experimental” by The New York Times. BalletCollective provides audiences the rare chance to experience NYCB dancers up close in works tailor-made for them featuring live music performed by the ensemble Hotel Elefant. www.balletcollective.com

The 2015-16 season at NYU Skirball Center for the Performing Arts features a wide array of acclaimed dance companies and contemporary circus performances, showcasing and supporting diverse and eclectic talent from across the country around the world.

The season’s dance programs include the launch of DANCE SPEAKS, a new annual series showcasing dance works that explore current issues that shape our lives and reflect our times.  The inaugural DANCE SPEAKS series will open with Spectrum Dance Theater’s The Minstrel Show Revisited, a powerful dance/theater piece that takes a satirical look at the derogatory song and dance tradition of minstrelsy whole commenting on today’s race-related events, and continues with a program celebrating the 25th Anniversary of the Americans with Disabilities Act, featuring performances by Heidi Latsky Dance and AXIS Dance Company.

ABOUT NYU SKIRBALL CENTER FOR THE PERFORMING ARTS

NYU Skirball Center for the Performing Arts is the premier venue for the presentation of cultural and performing arts events for New York University and lower Manhattan. Led by Executive Director Michael Harrington, the NYU Skirball mission is  to showcase and support diverse and eclectic talent from around the world, while cultivating audiences for live performance through deeper engagement opportunities. For more information visit:  www.nyuskirball.org.