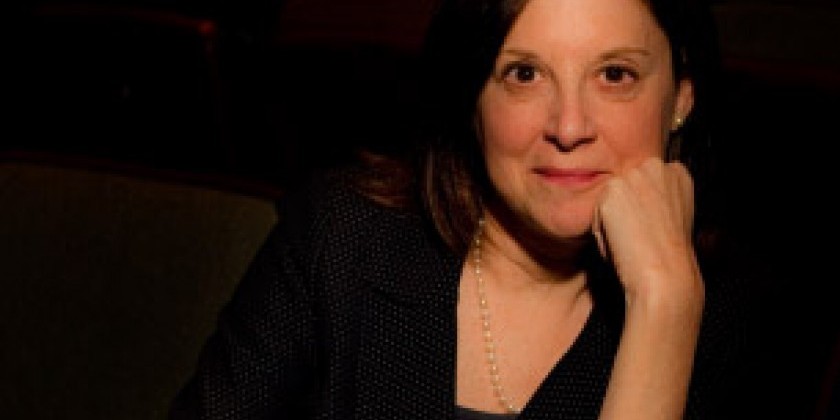 BAM President Karen Brooks Hopkins to step down in June 2015

Brooklyn, NY/Feb 5, 2014—Having successfully devoted 35 years to the Brooklyn Academy of Music’s ascension and establishment as a leader in the performing and cinema arts, President Karen Brooks Hopkins today announced her plan to step down in June 2015. “Those who know me know that I often speak of our collective work at BAM as a crusade,” says Hopkins. “Having been on the front lines for over three decades, I can say I have never been more proud of BAM’s success both globally and right here in Brooklyn. I am confident and hopeful regarding its future, and look forward to watching it all unfold, hopefully from an aisle orchestra seat.”

Hopkins and Executive Producer Joseph V. Melillo took over the leadership of BAM from former BAM President & Executive Producer Harvey Lichtenstein in 1999 and together further solidified BAM’s role as a major force on the New York cultural scene, a progenitor of the burgeoning cultural district in Brooklyn, a performing arts institution with a worldwide reputation for quality and innovation, and a generator of both global and local artistic programs. “Karen has been my professional partner for the last fourteen years, and my trusted colleague here at BAM since 1983,” says Melillo. “Many of us cannot imagine BAM without her, but among her myriad achievements perhaps the signature one is this: she has created such strength and stability for this institution that it can and will continue to triumph beyond her indomitable, peerless leadership.”

BAM Board Chairman Alan H. Fishman states: “Bittersweet as it is to announce any transition as significant as this one, I believe it is equally important to seize the moment to convey to the public the magnitude of Karen’s professional achievements and to use this time to celebrate both Karen and BAM, whose successes are inexorably intertwined.”

Karen Brooks Hopkins is the president of the Brooklyn Academy of Music, where she has worked since 1979. As president, Hopkins oversees the Academy’s 233 full-time employees and its facilities, including the 2100-seat Howard Gilman Opera House and 834-seat BAM Harvey Theater, the four-theater BAM Rose Cinemas, the BAMcafé, and the BAM Fisher building which houses the 250-seat flexible Fishman Space.

Named to Mayor de Blasio’s transition committee in November 2013, Hopkins has a history of public and cultural sector service. In May, 2004, Hopkins concluded a two-year term as the Chair of the Cultural Institutions Group (CIG), which consists of 33 prominent New York City cultural institutions. In this capacity, she also served as a member of the Mayor’s Cultural Affairs Advisory Commission and is currently a member of the Boards of NYC & Company, the Downtown Brooklyn Partnership, and the Global Cultural Districts Network. Hopkins is an active member of the Performing Arts Center Consortium, a national association of performing arts centers, and served as its chair from 1994 to 1996. She was also a participant on the Advisory Committee of the Salzburg Seminar Project of Critical Issues for the Classical Performing Arts from 2000–2002 and a fellow of The Cap Gemini Ernst & Young Center for Business Innovation from 2001–2002. In 2005, Hopkins received the Encore Award in Arts Management Excellence from the Arts & Business Council of New York, and chaired the Hospitality and Tourism cluster of the Initiative for a Competitive Brooklyn. In 2006, she was elected by the New York State Legislature to the Board of Regents for a term that expired in 2010.

In the spring of 1995, Hopkins served as the executive producer of the Bergman Festival, which celebrated the life and work of Swedish director Ingmar Bergman. The success of the Bergman Festival earned her a medal from the Royal Dramatic Theater of Sweden—the first time the honor was awarded to anyone outside of Sweden. Additionally, in recognition of her work on behalf of the Norwegian National Ballet, Norway awarded her its King Olav Medal. In November 2006, Hopkins was awarded the honor of Chevalier de l’ordre des arts et des lettres by the Republic of France for her work supporting the French arts in the United States. In 2007, she was named one of the “100 Most Influential Women in New York City Business” by Crain’s New York Business. That same year, she was appointed Commander of the Royal Order of the Polar Star, in recognition of her role in solidifying ties between the performing arts communities of Sweden and the United States. In May of 2012, Hopkins was awarded an honorary Doctorate of Humane Letters from St. Francis College, Brooklyn, NY. In 2013 she was designated a “Woman of Achievement” by the professional association Women in Development and was named one of the “50 Most Powerful Women in New York” by Crain’s New York Business.

Hopkins was an adjunct professor for the Brooklyn College Program for Arts Administration for four years. Her widely read book, Successful Fundraising for Arts & Cultural Organizations, currently is available in a revised second edition through Greenwood Publishing. A graduate of the University of Maryland, she received her MFA from George Washington University in Washington, DC. Hopkins resides in Park Slope, Brooklyn.