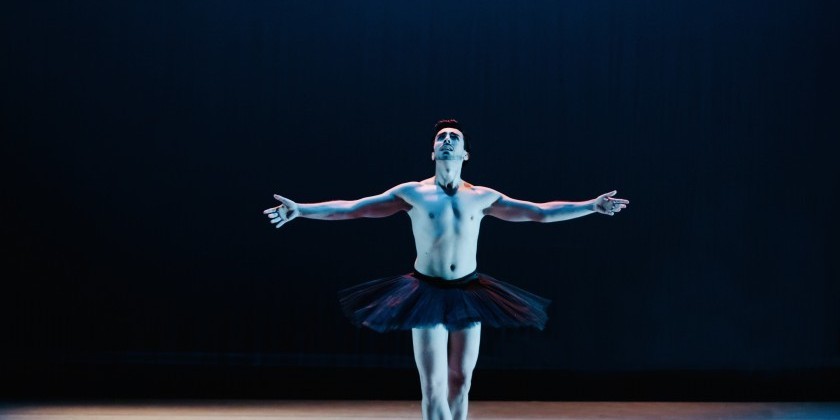 BalaSole Dance Company announces it will launch a virtual event celebrating the 10th anniversary of its founding since 2010 and its mission of promoting diversity, equity and inclusion.  In celebration of its achievements, the company will present a series of selected works from the past 10 years; commentaries from its founder and Executive & Artistic Director Roberto Villanueva; messages from its board members, partners and artists; and highlights from its programmatic activities.

The company will present the one-hour event on Saturday, November 21, 2020 starting at 9:00PM EST on its website: www.balasoledance.org.  Miki Orihara, former principal dancer at the Martha Graham Dance Company, and Virginia Johnson, artistic director and former prima ballerina at Dance Theatre of Harlem (DTH) are scheduled to make an appearance.  Past BalaSole Dance performances of Ms. Orihara and Stephanie Rae Williams (company member at DTH) will also be shown during the event.

Roberto Villanueva explains:  "I created BalaSole in 2010 because I believed it was time for a multi-ethnic organization that would open its doors to dance artists of all genres, styles, artistic expressions, shapes, sizes, ages, and background.  I want to provide artists an arena where they have artistic freedom and can showcase their own voice.  And, I want to help them find a balance between ‘creativity’ and ‘accessibility’ in their work."

BalaSole has been described as "a Kaleidoscope of Human Shapes" (The New York Times), "an electrifying showcase" (NBC News), "a showcase for overlooked dancers" (Back Stage New York), and "a unique venture in the contemporary New York dance scene" (Oberon's Grove). Huffington Posthighlighted the company for its "Boundless Soul."  Attitude Magazine and Time Square Chronicles noted the company for its "admirable goals and intentions."  Dance Europe Magazine praised BalaSole for "the presentation of skilled artists who can command the stage." Broadwayworld.com called the company's "emphasis on the creative process extremely refreshing."  Theatrescene.netwrote, "This is why we go to see dance."  ENV Magazine stated, "this interactive collaboration of independent thinkers has not been seen since the 1980’s in the New York dance scene."

BalaSole Dance Company is the first and only hybrid dance organization (part dance company and part showcase) in the United States that is solely dedicated to bridging the gaps in the field of dance.  It provides artists an environment to hone their own artistic voice while experiencing cross-pollination of styles.  Diversity and individuality are the keywords of the organization, which has mentored and given performance opportunities to over 200 dancer/choreographers since 2010.  The company’s artists perform pieces ranging from ballet, modern/contemporary, experimental, postmodern, hip-hop, jazz, musical theater, flamenco, tap to African dance.