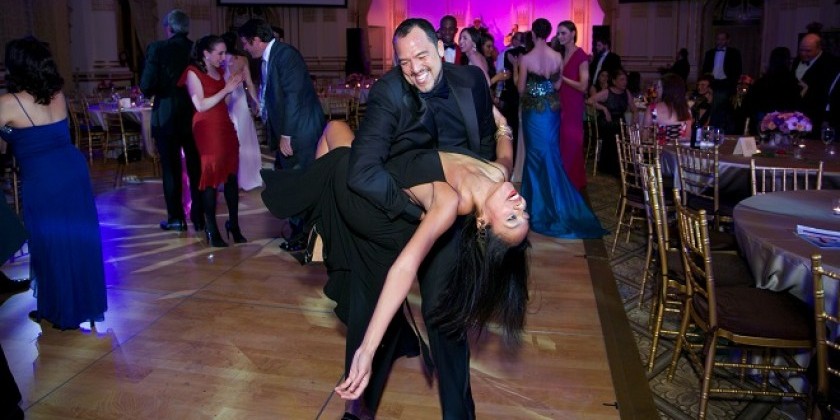 New York, NY - March 31, 2015 - Ballet Hispanico raised more than $1.1 million in support of the company's artistic and educational work in New York City and around the country at their 2015 Gala on Monday, March 30, 2015.  During the evening, Ballet Hispanico honored Ballet Hispanico Board President and President and COO of Palladium Equity Partners David Pérez and Milena Alberti-Pérez, SVP and Head of Global Corporate Finance at Penguin Random House, with the Civic Inspiration Award.  Ben Rodriguez-Cubeñas, Chair of Ballet Hispanico's Leadership Council and program director for the Rockefeller Brothers Fund, was honored with the Nuestra Inspiración Award. Proceeds from the evening will benefit the creation of new Company works, need-based financial aid and merit scholarships in the Ballet Hispanico School of Dance, and community arts education programs.

"At the very beginning, Ballet Hispanico's education program was a pathway connecting Latinos to the community at large," said Eduardo Vilaro, artistic director of Ballet Hispanico. "Today, it builds bridges between many diverse cultures through innovative workshops, master classes and custom-designed arts-in-education learning opportunities, all taught through the lens of history, music and dance."

Puentes inspires students in classrooms, on stages and in the community - ultimately connecting everyone to the past, present and future of Latino cultures - and celebrates artistry, engagement and personal growth.

> Students in kindergarten through 12th grade, college, parents and seniors are reached through the Puentes program.

> 78% of New York City public school students served by Ballet Hispanico's Puentes programs were of African, Latino, or Asian descent, and 70% of these students qualified for free or reduced-price lunches.

> Each year Ballet Hispanico offers more than $150,000 in need-based scholarships to students, some coming directly from the Puentes programs.