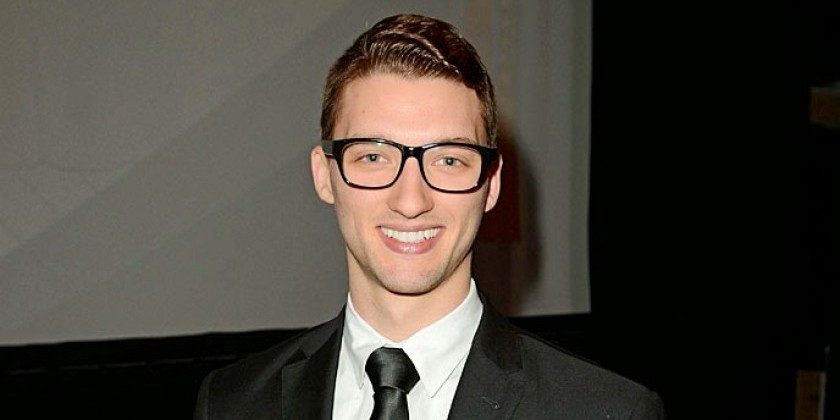 New York, NY - January 26, 2015 -Ballet Hispanico is proud to announce that company dancer Christopher Bloom has been nominated for a 2014 Clive Barnes Award in Dance. The winner will be selected by a panel of critics and performers, and will be announced during a ceremony at the Walter Reade Theater on Monday, January 26, 2015.

The Clive Barnes Foundation was formed in 2009 to create Annual Awards giving recognition, encouragement, and financial support to two talented young professionals and thus, honoring the memory of the many years of critical work and the warm personal generosity of Clive Barnes. The nominees will be judged, at live performances, by a panel of experts in each field, Dance and Theatre.  The awards are given at the end of each year at a Ceremony in New York City.

Christopher Bloom is from Middletown, VA where he started training at the Vostrikov's Academy of Ballet at the age of 15. Christopher trained as a scholarship student at the Ballet and Contemporary Dance Programs in the School at Jacob's Pillow under Anna-Marie Holmes and Milton Myers. He holds a B.F.A. from The Ailey/Fordham BFA Dance program where he had the opportunity to perform works by Sidra Bell, Francesca Harper, Camille A. Brown, Jennifer Muller, Paul Taylor and Alvin Ailey. He has performed professionally with 360aAA Dance Company, Thang Dao Dance Company, VonUssar DanceWorks, Parsons Dance, The Peridance Contemporary Dance Company, and with Alvin Ailey American Dance Theater.

Celebrating 44 years of dance and culture, Ballet Hispanico is recognized as the nation's premier Latino dance organization. Led by Artistic Director Eduardo Vilaro, the Company boasts a rich and diverse repertory of over 100 works by the foremost choreographers and emerging artists of our time. The works expand on founder Tina Ramirez's legacy of exploring the diversity of Latino culture through a fusion of Latin and contemporary dance powered by theatricality and passion.  The Company has performed for an audience of nearly 3 million, throughout 11 countries, on 3 continents.  For more information, visit www.ballethispanico.org.