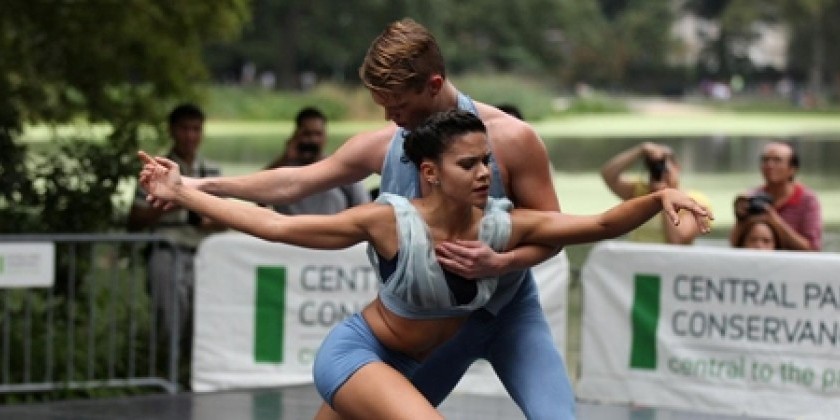 Ballet Hispanico’s second company BHdos is seeking male and female dancers ages 18-25 with strong classical and contemporary dance training. BHdos provides a mentorship opportunity for pre-professional dancers to hone their craft and be challenged by Ballet Hispanico’s repertory. BHdos performs for school and community audiences throughout NYC and is a catalyst for a professional dance career, with previous members having moved on to companies such as Pilobolus, Ronald K. Brown/Evidence, shows on Broadway, and the Ballet Hispanico Company. BHdos time commitment is 10-15 hours per week, with mandatory rehearsals taking place on Tuesdays, Thursdays and Fridays from 10am-3pm.

Auditions will be held on Tuesday, September 1, 2015 at 11am. Registration begins at 10am. Bring headshot and resume and note that there is a $10 audition fee (cash only). Send any questions to fmcabrera@ballethispanico.org. No phone calls, please.
Ballet Hispanico is an AGMA affiliated company.

Since its inception in 1970, Ballet Hispanico has been recognized as the nation’s premier Latino dance organization. Led by award-winning Artistic Director Eduardo Vilaro, the Ballet Hispanico Company has performed for audiences totaling over 3 million, throughout 11 countries, and on 3 continents. The Company’s commitment to contemporary repertory has produced world-class, multifaceted performances that have featured master works by Nacho Duato, cutting-edge premieres by Cayetano Soto and Annabelle Lopez Ochoa, and live music collaborations with renowned artists such as Paquito D’Rivera and Ruben Blades—to name a notable few. Through the work of its professional company, school of dance, and community arts education programs, Ballet Hispanico celebrates the dynamic aesthetics of the Hispanic diaspora, building new avenues of cultural dialogue and sharing the joy of dance with all communities. For more information, visit www.ballethispanico.org. Follow Ballet Hispanico on Facebook and Twitter.