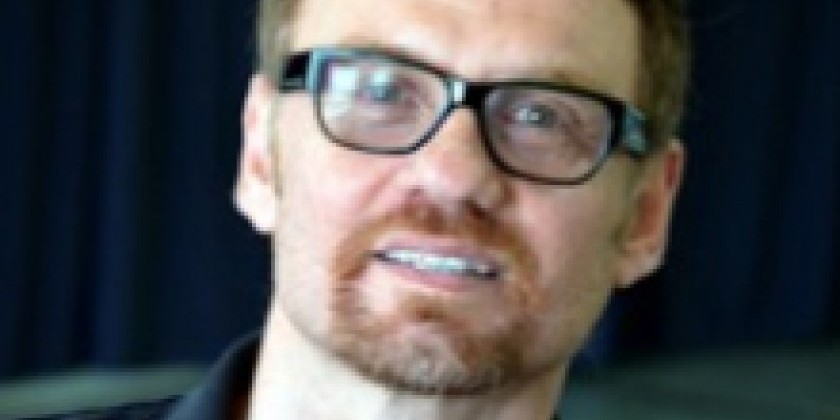 FOR THE NEXT INSTALLMENT OF

A Residency for Emerging Choreographers and Dance Filmmakers

New York, NY - May 12, 2014 - Ballet Hispanico, recognized as the nation's leading Latino dance organization since 1970, presents the latest installment of its choreographic institute, Instituto Coreográfíco,to be held May 19-30, 2014 at the company's headquarters at 167 W. 89th Street, NYC.  This month's Instituto Coreográfico features Miguel Mancillas, Artistic Director of Antares Danza Contemporánea, who will be paired with a filmmaker as well as panelists Marnie Wood, Linda Kent, and Kevin Wynn.  Instituto Coreográfico is made possible with leadership support from the Ford Foundation and Rockefeller Brothers Fund.

The groundbreaking Instituto Coreográfico provides emerging Latino choreographers and dance filmmakers with a professional and supportive environment in which to explore their heritage and develop their craft. Choreographers receive ongoing feedback from a group of notable artistic mentors and advisors, daily archive DVD recordings of the rehearsals, an edited film of the resulting work, an academic advisor, and a showing of their work.  Should an artistically appropriate work emerge from this process, it could enter Ballet Hispanico's permanent repertory. Filmmakers will be paired with a choreographer and will be mentored by filmmaker Gerrit Vooren, founder of r4a Video Production.

"Our Instituto Coreográfico works to foster new voices and explore the diversity of Latino culture. Miguel Mancillas is a meticulous choreographer whose work is deeply rooted in his hometown of Hermosillo in northwestern Mexico. He will bring a unique perspective into the studio with our talented dancers," said Eduardo Vilaro, Artistic Director of Ballet Hispanico.

Miguel Mancillas received his formal education in contemporary and classic techniques in Mexico City, under Xavier Francis, Isabel Hernández, Ángeles Martínez, Zygfryd Rzysko and Guillermo Maldonado, among others. His inclination towards plastic scope of his art led him to enter the realms of stage design, illumination and makeup while studying at the Escuela Nacional de Artes Plásticas de la UNAM (National School for Plastic Arts, National University). He developed his career as an interpreter while a member of several dance companies in Hermosillo, Sonora (Northern Mexico), Mexico City and Montreal, Canada. He was honored as one of the best ten dancers of the 20th Century, in the book "México; su apuesta por la cultura" (Mexico, Its Confidence on Culture), co-edited by the magazine PROCESO and Random House Mondadori México. Miguel's work is part of the repertoire presented by companies throughout Mexico and USA. In his role as a teacher he gives lessons in South America, the United States and throughout Mexico. He has done choreographic set ups for companies such as Mordine Dance Company, Luna Negra (Chicago,IL), Paralelo 32 and Danza Contemporánea Universitaria.Along with his teaching experience, he created the Un cuerpo expresivo (An expressive body) laboratory. Miguel is currently working as General Director of the Project Antares Danza Contemporánea and Núcleo-Antares contemporary dance school, with the support of CONACULTA (FONCA), the Sonora Culture Institute and the Municipal Institute for Culture and Arts (in the frame of Mexico on Scene, a support program to the Scenic Arts Professional Artistic groups).

Celebrating 43 years of dance and culture, Ballet Hispanico is recognized as the nation's premier Latino dance organization. Led by Artistic Director Eduardo Vilaro, the Company boasts a rich and diverse repertory of over 100 works by the foremost choreographers and emerging artists of our time. The works expand on founder Tina Ramirez's legacy of exploring the diversity of Latino culture through a fusion of Latin and contemporary dance powered by theatricality and passion. The Company has performed for an audience of nearly 3 million, throughout 11 countries, on 3 continents. For more information, visit www.ballethispanico.org. Follow Ballet Hispanico on Facebook and Twitter.