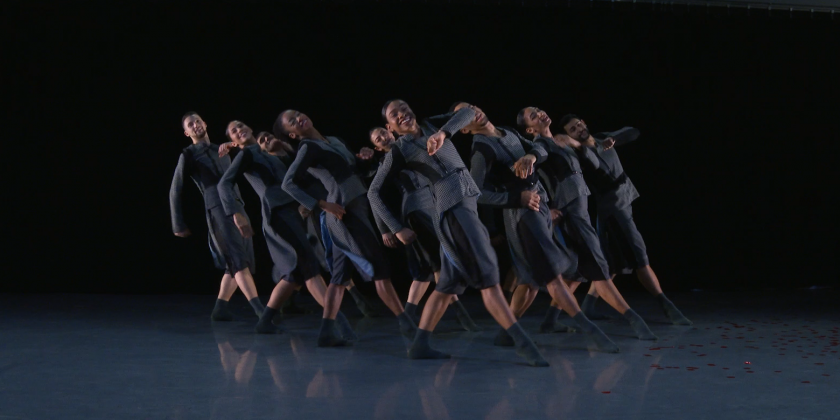 Ballet Hispánico, the nation's renowned and largest Latinx cultural organization in the U.S. recognized as one of America's Cultural Treasures, announces receipt of a transformative $10 million gift from philanthropists MacKenzie Scott and Dan Jewett. The largest single gift Ballet Hispánico has received, it will enable the trailblazing company to fortify its mission and legacy for years to come, ensuring the health and future of the organization.

"This gift is an incredible act of kindness, and it is a true testament to Ballet Hispánico. The magnitude of its impact will be prolific, and I wanted to express my gratitude by sharing what this gift means to me, for our community, and for Ballet Hispánico," said Ballet Hispánico Artistic Director & CEO Eduardo Vilaro. "On behalf of the entire Ballet Hispánico organization, I want to extend our deepest gratitude and appreciation to MacKenzie Scott and Dan Jewett for this extraordinary act of generosity. I revel in the light they have shined on us. Because of this gift, we will now shine that light on others by nurturing the future and making connections of humanity, culture, and dance. We are truly humbled by this gift."

Ballet Hispánico will use the gift to achieve creative and operational excellence through the sustainability and development of artists, students, dedicated staff, and their facilities, continuing to serve BIPOC and marginalized communities, only now, on a much larger scale.

"This gift uplifts the experiences of our communities and is a powerful act of advocacy for voices that are often silenced and still struggling in our world," Mr. Vilaro continued. "This gift will help us build a legacy of transformation for all those young dancers who need a safe space, a place to dream, excel, and grow, without fear of rejection or fear of discrimination. A place to be transformed by the joy of this artform. That transformation will happen in classrooms across the country, in theaters around the world, and even in our streets."

Mr. Vilaro's philosophy of dance stems from a basic belief in the power of the arts to change lives, reflect and impact culture, and strengthen community. He considers dance to be a liberating, non-verbal language through which students, dancers, and audiences of all walks of life and diverse backgrounds, can initiate ongoing conversations about the arts, expression, identity, and the meaning of community.

Born in Cuba and raised in New York from the age of six, Mr. Vilaro's own choreography is devoted to capturing the Latin American experience in its totality and diversity, and through its intersectionality with other diasporas. His works are catalysts for new dialogues about what it means to be an American. He has created more than 40 ballets with commissions that include the Ravinia Festival, the Chicago Sinfonietta, the Grant Park Festival, the Lexington Ballet and the Chicago Symphony.

A Ballet Hispánico dancer and educator from 1988 to 1996, he left New York, earned a master's in interdisciplinary arts at Columbia College Chicago and then embarked on his own act of advocacy with a ten-year record of achievement as Founder and Artistic Director of Luna Negra Dance Theater in Chicago. The recipient of numerous awards and accolades, Mr. Vilaro received the Ruth Page Award for choreography in 2001; was inducted into the Bronx Walk of Fame in 2016; and was awarded HOMBRE Magazine's 2017 Arts & Culture Trailblazer of the Year. In 2019, he received the West Side Spirit's WESTY Award, was honored by WNET for his contributions to the arts, and was the recipient of the James W. Dodge Foreign Language Advocate Award. In August 2020, City & State Magazine included Mr. Vilaro in the inaugural Power of Diversity: Latin 100 list. In January 2021, Mr. Vilaro was recognized with a Compassionate Leaders Award, given to leaders who are courageous, contemplative, collaborative, and care about the world they will leave behind. He is a well-respected speaker on such topics as diversity, equity, and inclusion in the arts, as well as on the merits of the intersectionality of cultures and the importance of nurturing and building Latinx leaders.