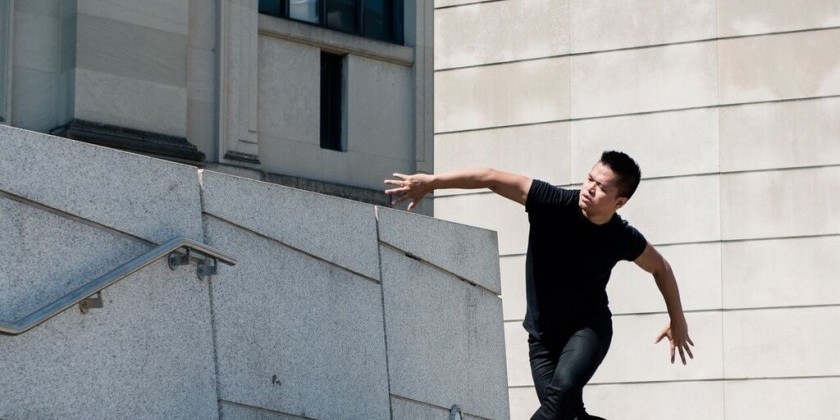 Fridays at Noon / In Celebration of Hispanic Heritage Month

Pino-Latino: The Intersection of the Latino and Asian Cultures

Ballet Hispánico, the nation's premier Latino dance organization, brings its bold and eclectic brand of contemporary dance to Fridays at Noon at the 92nd Street Y on Friday, September 14, 2018 at 12:00pm. Tickets start at $15 and are available at www.92y.org/event/fan-pino-latino.

In honor of Hispanic Heritage Month, Ballet Hispánico offers a glimpse of two works that will be presented at The Joyce Theater in spring 2019: Homebound/Alaala by Filipino-American choreographer Bennyroyce Royon and Sombrerísimo by Belgo-Colombian choreographer Annabelle Lopez Ochoa.

In his new work for Ballet Hispánico, Homebound/Alaala, Filipino-American choreographer Bennyroyce Royon explores the intersection of the Latino and Asian cultures through ideas including the spirit of communal unity (bayanihan), the resilience of women, overcoming hardship, and the quest for home.At the conclusion of the performance, Bennyroyce will share his inspiration and the creative process for his new work.

Also on the program is Annabelle Lopez Ochoa's absorbing exploration of identity, Sombrerísimo, which refers to the surrealist world of the Belgian painter René Magritte, famous for his paintings of men in bowler hats. Commissioned by New York City Center for the 10th anniversary of the Fall for Dance Festival, this explosive and fast-spaced work features intricate partnering, full physicality, and a touch of hip-churning flamenco for six dancers.

Ballet Hispánico, the premier Latino dance organization in the United States, has been bringing individuals and communities together to celebrate and explore Latino cultures through dance for nearly 50 years. Whether dancing on stage, in school, or in the street, Ballet Hispánico creates a space where few institutions are breaking ground.

The organization's founder, National Medal of Arts recipient Tina Ramirez, sought to give voice to the Hispanic experience and break through stereotypes. Today, Ballet Hispánico is led by Eduardo Vilaro, an acclaimed choreographer and former member of the Company, whose vision of social equity, cultural identity, and quality arts education for all drives its programs.

Ballet Hispánico, a role model in and for the Latino community, is inspiring creativity and social awareness in our neighborhoods and across the country by providing access to arts education.

Eduardo Vilaro joined Ballet Hispánico as Artistic Director in August 2009, becoming only the second person to head the company since it was founded in 1970. In 2015, Mr. Vilaro took on the additional role of Chief Executive Officer of Ballet Hispánico. He has been part of the Ballet Hispánico family since 1985 as a dancer and educator, after which he began a ten-year record of achievement as founder and Artistic Director of Luna Negra Dance Theater in Chicago. Mr. Vilaro has infused Ballet Hispánico's legacy with a bold and eclectic brand of contemporary dance that reflects America's changing cultural landscape. Born in Cuba and raised in New York from the age of six, he is a frequent speaker on the merits of cultural diversity and dance education.

Mr. Vilaro's own choreography is devoted to capturing the spiritual, sensual and historical essence of Latino cultures. He created over 20 ballets for Luna Negra and has received commissions from the Ravinia Festival, the Chicago Sinfonietta, the Grant Park Festival, the Lexington Ballet and the Chicago Symphony. In 2001, he was a recipient of a Ruth Page Award for choreography, and in 2003, he was honored for his choreographic work at Panama's II International Festival of Ballet. Mr. Vilaro was also inducted into the Bronx Walk of Fame in 2016 and was awarded HOMBREMagazine's 2017 Arts & Culture Trailblazer of the Year.

92nd Street Y is a world-class, nonprofit cultural and community center that fosters the mental, physical and spiritual health of people throughout their lives, offering: wide-ranging conversations with the world's best minds; an outstanding range of programming in the performing, visual and literary arts; fitness and sports programs; and activities for children and families. 92Y is reimagining what it means to be a community center in the digital age with initiatives like the award-winning #GivingTuesday, launched by 92Y in 2012 and now recognized across the US and in a growing number of regions worldwide as a day to celebrate and promote giving. These kinds of initiatives are transforming the way people share ideas and translate them into action both locally and around the world. More than 300,000 people visit 92Y annually; millions more participate in 92Y's digital and online initiatives. A proudly Jewish organization since its founding in 1874, 92Y embraces its heritage and welcomes people of all backgrounds and perspectives. For more information, visit www.92Y.org.