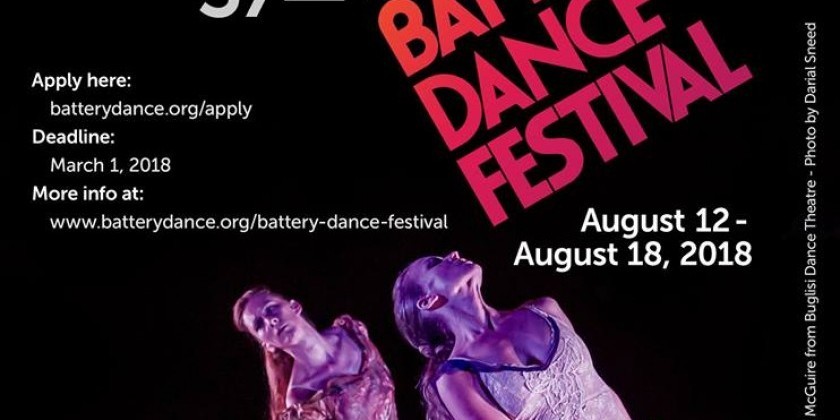 The Battery Dance Festival provides a unique opportunity for both established and emerging dance companies to present original works of high artistic merit in a free public forum. BDF revels in the panoply of dance that our city offers, with strong emphasis on the inclusion of diverse dance styles and an international roster of performers. American choreographers such as Michelle Dorrance, Robert Battle and Elisa Monte have all presented their works alongside pre-eminent companies from Asia, Europe, South America, Africa and the Caribbean.


ABOUT BATTERY DANCE
Battery Dance created its outdoor festival in 1982 as part of its engagement with its home community of lower Manhattan where it has been based since it's founding in 1976.  As one of America's leading cultural ambassadors, Battery Dance connects the world through dance. The Company pursues artistic excellence and social relevance by creating vibrant new works, performing on the world's stages, presenting dance in public spaces, serving the field of dance and teaching people of all ages with special attention to the disadvantaged and areas of conflict. Battery Dance is committed to enhancing the cultural vibrancy of its home community in New York City, extending programming throughout the U.S., and building bridges worldwide through international cultural exchange with programs in 70 countries to date.