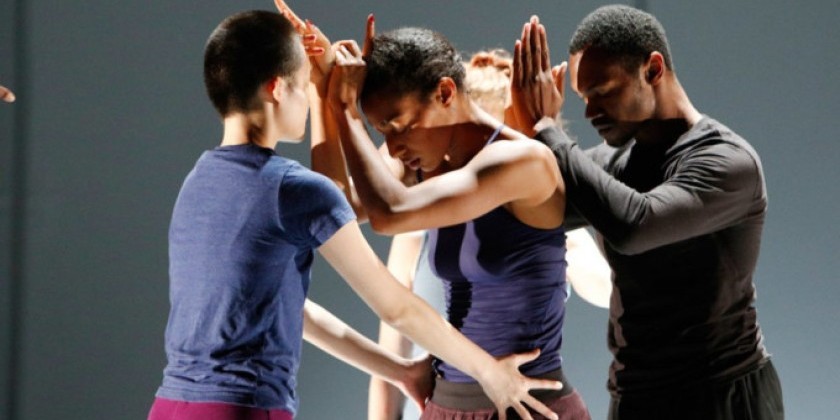 Analogy/Dora: Tramontane is the first installment in a trilogy titled The Analogy Trilogy. The work is based on an oral history Bill T. Jones conducted with 95-year old Dora Amelan, a French Jewish nurse and social worker around 2002. Amelan’s harrowing, touching and inspirational story is broken into approximately 25 episodes that become the basis for choreography and songs. These episodes chronicle her early life in Belgium, her mother’s death as the Germans were marching into Belgium and her experiences working at an underground Jewish organization in Vichy France’s internment camps, Gurs and Rivesaltes. Here is a portrait of the ability to persevere and survive.