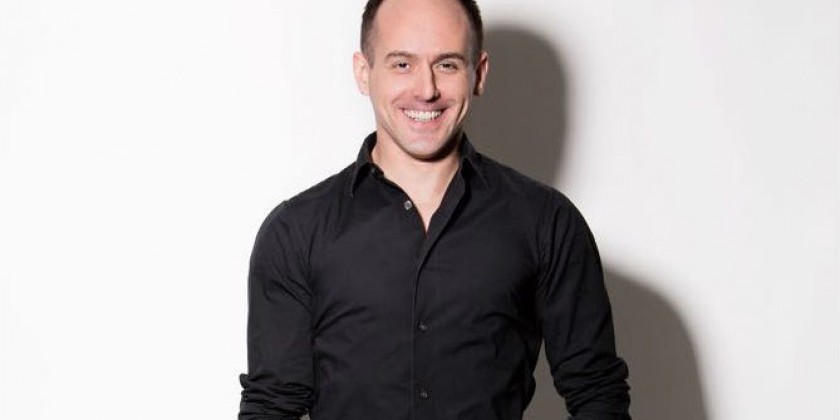 Harris Theater for Music and Dance

The Harris Theater for Music and Dance has appointed choreographer Brian Brooks its first ever Choreographer in Residence. This Residency provides $600,000 over three years that will fund choreographer compensation, commissioning, and production support. The new Residency will provide encouragement and allow choreographers to focus on creating one-to-three new works each season without the constraints of financial pressures, while providing financial support to mount and produce the new works set upon regional, national, and international dance companies.

"The fund is an opportunity for the Harris to 'invest' in choreographers and cultivate a relationship with their work for our audiences,” said Jay Franke. “It will allow choreographers a chance to dig deep into their work while the Harris provides the venue and opportunity along with a long term commitment to ideas they wish to explore. I see this fund as a catalyst for a choreographer to hone their craft further while allowing them the freedom to not stress about paying the bills."

“We are proud to establish the Choreographer in Residence program to explore a new channel of creativity in dance,” said Harris Theater Board Chair Alexandra Nichols. “The Harris Theater is developing a rich culture of supporting dance and commissioning vital projects that have added to the international artistic landscape.”

"The Choreographer in Residence program with Brian Brooks is an important step in the development of our mission at the Harris which is to nurture and support creativity at all levels," said Michael Tiknis, President and Managing Director of Harris Theater. "It is also an example of inspired philanthropy and vision on behalf of Jay Franke and David Herro. The benefits of a Choreographer in Residence at a theater without a resident company are unique, allowing for collaborations at national and international levels with the world's most respected companies."

Choreographer Brian Brooks, based in New York City, is the recipient of a 2013 Guggenheim Fellowship. His many recent awards include a NY City Center Fellowship, the Jerome Robbins New Essential Works grant, the Joyce Theater’s Artist Residency, and the New England Foundation for the Arts’ National Dance Project. His dance group, the Brian Brooks Moving Company, has toured nationally and internationally since 2002 with recent presentations by the Joyce Theater, Jacob’s Pillow, the American Dance Festival, and BAM as part of their 2013 Next Wave Festival.

The American Dance Institute is commissioning his company’s next production, Wilderness, with a NY premiere at The Kitchen in June 2016. Beyond his company, Brooks has been commissioned by Damian Woetzel at the Vail International Dance Festival to create three new works featuring dancers from NYC Ballet and Pacific Northwest Ballet, including First Fall, in which Brooks dances with former New York City Ballet Principal Dancer Wendy Whelan. He is currently creating a full production that he will perform together with Whelan beginning in the summer of 2016.

Theatre for a New Audience has invited Brooks to choreograph two Off-Broadway Shakespeare productions – A Midsummer Night’s Dream (2013), directed by Julie Taymor, and Pericles (2016), directed by Trevor Nunn. Brooks has created new dances at schools including The Juilliard School, The Boston Conservatory, The School at Jacob’s Pillow, and Harvard University. He dedicated 12 years as a Teaching Artist of Dance at the Lincoln Center Institute for the Arts in Education and has been on the part-time faculties of both Rutgers University and Princeton University.

Hubbard Street Dance Chicago’s core purpose is to bring artists, art and audiences together to enrich, engage, educate, transform and change lives through the experience of dance. Celebrating Season 39 in 2016–17, under the artistic leadership of Glenn Edgerton, Hubbard Street continues to innovate, supporting its creative talent while presenting repertory by the field’s internationally recognized living artists. Hubbard Street has grown through the establishment of multiple platforms alongside the Lou Conte Dance Studio, entering its fifth decade of providing a wide range of public classes and pre-professional training under the direction of founding company member Claire Bataille. Extensive Youth, Education, Community, Adaptive Dance and Family Programs, led by Kathryn Humphreys, keep the organization deeply connected to its hometown. Hubbard Street 2, led by Terence Marling, stewards early-career artists, while the main company performs all year long, domestically and around the world. www.hubbardstreetdance.com

Brian Brooks Moving Company, presented nationally and internationally since 2002, maintains a minimum of 35 weeks of work each year for dancers to create and perform new work by its founding choreographer Brian Brooks. At its home base in New York, the group has been presented by organizations including BAM as a part of their 2013 Next Wave Festival, the Joyce Theater, NY City Center’s Fall for Dance Festival, the Guggenheim Museum, Dance Theater Workshop, Lincoln Center Out of Doors Festival and the 92nd Street Y Harkness Festival. The company’s next production, Wilderness, has been awarded with a Creative Development Residency at the Jacob’s Pillow Dance Festival, as well as an Incubator Technical Residency at the American Dance Institute (ADI). In addition to commissioning and premiering the piece, ADI is also presenting the NY premiere at The Kitchen in June 2016.

Jay Franke and David Herro Choreographer in Residence Fund was established in 2015 to underwrite the residency for 5 years. The residency entails supporting a rising choreographer over several years to create new works financial support for the creation and production of new work. This support of commissions and collaborations at the Harris Theater highlights the Theater’s unique position as a hub of local, national and international collaboration.

About Harris Theater for Music and Dance

The Harris Theater, opened in 2003 in Chicago’s Millennium Park, is the first multi-use performing arts venue to be built in the Chicago downtown area since 1929. The Theater hosts the most diverse offerings of any venue in Chicago, featuring the city’s world-renowned music and dance institutions and the Harris Theater Presents series of acclaimed national and international artists and ensembles.

The Harris’s mission is to make the arts relevant and accessible to audiences of all ages and communities, and through its partnerships with an array of Chicago’s music and dance performing arts organizations, has earned national recognition as a distinctive model for collaboration, performance, and artistic advancement.

The Theater’s Imagine: The Campaign for Harris Theater, launched in 2013, is a $38.8M comprehensive fundraising effort supporting the Theater’s multifaceted mission. The campaign ensures the continued growth and artistic development of the Harris Theater over 10 years.

The Harris Theater maintains a commitment to engaging Chicago residents of all ages and communities. The Theater partners with health and human service agencies, K-12 schools, and community arts organizations, providing more than 8,800 underwritten performance tickets through the Access Tickets Program since 2009. The Theater also connects gifted young artists and students to presented artists through master classes, artist talks, and other enrichment activities.

The Harris Theater is located at 205 E. Randolph Drive in Chicago’s Millennium Park. For further information on the Harris Theater for Music and Dance, Chicago’s state-of-the art 1,525-seat performance venue, visit HarrisTheaterChicago.org or Facebook and Twitter.