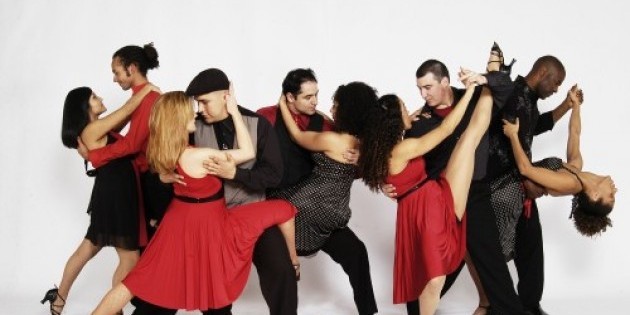 Queens Theatre in the Park

Queens Theatre in the Park

Company:
Queens Theatre in the Park

Musically, this genre is part of Colombian popular music. Its roots are in the Andean region, and many small musical groups, families, and “aficionados” keep this music alive, playing and dancing, with thousands of followers that truly enjoy it throughout the country. Now the group is making an effort to share this singular music and rhythms abroad.

Velosa explains: “Being ‘carranguero’ means a way of expression, a search for cultural identity, a rejoicing for what we are, using tradition and everyday life themes; the collective and personal creative spirit.

During the past twenty years, the group has recorded 16 CD’s with more than 160 original themes, some of them becoming part of the Colombian Folk Music repertoire. “Carranga” music became a research tool and reference for educational institutions. The group has presented countless workshops, radio and TV presentations, conferences, and many shows. The group also had a memorable concert at Madison Square Garden in New York City. Furthermore, this music is heard in many local radio stations in big cities and provinces in Colombia.Contra-Tiempo’s performance and continues with a post-show opening night party from 9:30pm to midnight, featuring a DJ, drinks, dancing, and Latin food.  The concert and post-show celebration will take place at Queens Theatre in the Park, Flushing Meadows Corona Park, Flushing, NY.  Tickets are 5 the day of the performance, 0 in advance, and 8 dollars for multi-show purchases.  Tickets are available online at www.queenstheatre.org and by phone at 718-760-0064.

This is the 14th year of the Chase Latino Cultural Festival, which features 12 additional events, including music, dance, comedy, spoken word, film, and family-friendly performances, such as a concerts by Leon Gieco, a pop-folk musician who has been called the Argentine Bob Dylan, and Carlos Varela, one of Cuba’s most talented and emblematic artists.  This year’s participants hail from Argentina, Chile, Colombia, Cuba, Guatemala, Mexico, Peru, Puerto Rico, the United States, and Venezuela.

The Los Angeles-based "Contra-Tiempo, Urban Latin Dance Theatre" fuses Salsa, Afro-Cuban, West African and hip-hop styles to create an invigorating dance performance! Like the communities it reaches, the CONTRA-TIEMPO company is a tapestry; its professional dancers, artists and musicians are also immigrants, teachers and activists. These political and personal landscapes are brought to vividly life in their electrifying work!  "The San Francisco Bay Guardian" describes the company’s work as “an edgy examination of the struggle for Latinos in the United States, and a joyous celebration of community!”