CHILMARK, MA: “OUR EXPERIENCE BEING . . .” featuring Davalois Fearon and The Wondertwins 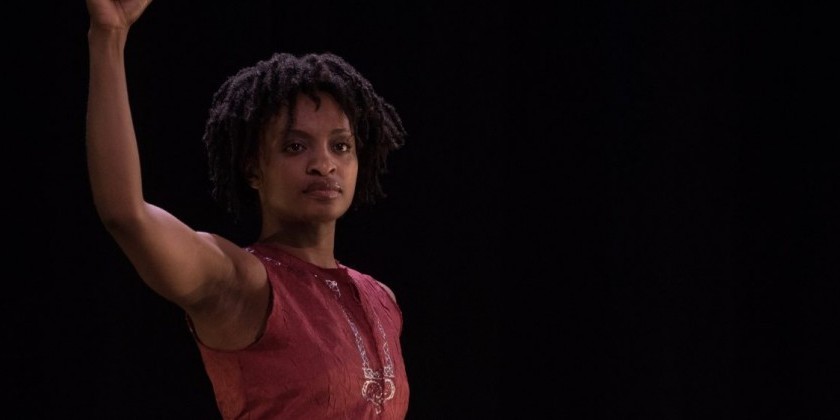 Davalois Fearon and The Wondertwins

Company:
Davalois Fearon and The Wondertwins

Member and Behind the Counter discounts apply

A new generation of activist dance artists has arisen in the American black community, seeking to address unfolding real-world events. Hip-hop veterans The Wondertwins (Billy & Bobby McClain) and Jamaican-American choreographer Davalois Fearon explore and provoke searing questions about being black – about dancing black – in today’s America. “Our Experience Being” is not appropriate for children.

ABOUT THE WORKS IN THE EVENING, “OUR EXPERIENCE BEING . . .”:

BLACK, by The Wondertwins, is a documentary style work that explores the traumatizing effects of police brutality towards the black community. The McClain brothers investigate how the justice system has failed the innocent victims of police brutality, while it continues to tear black families apart. The score incorporates words of hope spoken by Martin Luther King Jr. and harsh words of reality by Malcolm X, who were both activists for injustice. The score also incorporates words of relatives of victims and police officers that personally struggle with the circumstances faced by the black community.

Davalois Fearon’s TIME TO TALK is a multimedia solo dance piece, rooted in research on American history, dance history, racial identity formation, and systemic racism. It is inspired by Fearon’s own experience of oppression, precipitated by the overt racial bias within academia she encountered in 2015. Dynamic fluid dance, live music, poetry, and visual art are used as tools to bring attention to inequalities within the dance field and society at large.

“‘Time to Talk’ is a new work that addresses both current and historical issues that remain important to discuss and dismantle. It’s time we all join the conversation.” —Charles Rice-Gonzalez, Executive Director, Brooklyn Academy of Art and Dance (BAAD!)

Join the Wondertwins and Davalois Fearon as they present work in content and format intended for families. After the show, join us for a dance party!

Tickets: Pay What You Can

Billy and Bobby McClain began dancing at age eight as they imitated famed dance show "Soul Train.” By 9 years old, they were doing their Wondertwins show for family cookouts and barbecues. At 10 years old, they won their first dance competition, judged by the legendary rapper Kurtis Blow. Later that year, Billy and Bobby were recruited to join Boston's first professional street dance crew. “The Funk Affects,” a group that influenced and inspired the early success of New Edition and New Kids on the Block. Throughout their 7 years with the company, they gained notoriety by opening shows for entertainers like LL Cool J and Run DMC. In their early teens, they performed hour-long shows for the community with opening acts such as “New Kids on the Block.” Today, the award-winning street dance pioneers have headlined Jacob’s Pillow’s “Unreal Hip Hop” & Inside/Out Dance Festival, Brooklyn Dance Fest, and Detroit Jazz Festival. They have performed at numerous venues including the Institute of Contemporary Art, Rochester University, Southern Vermont Dance Festival, Colby College, UraGano Italy, Concepto Vimen Mexico, TedX Talks Boston, The Yard, DanceNOW Boston, DanceNOW NYC, Joe’s Pub, Dixon Place, The Dance Hall, and The Music Hall Loft. They are six-time winners of Showtime at The Apollo and performed a record 16 appearances on the Apollo Stage. The WonderTwins have also appeared with Maurice Hines in “Club Harlem” at the Apollo Theater, toured internationally with Bobby Brown’s “Don’t Be Cruel” world tour, and Purple Rain’s Apollonia’s “Since I Fell For You” tour in Singapore. They also received the “Pioneers of Dance” award in 2013 by Origination.

“Our goal is to make sure people get to see the other side of hip-hop — the performance side that has a story to it. We put everything in for a reason. We want the audience to become one.” –Billy McClain

Davalois Fearon is a critically acclaimed dancer, teacher, and choreographer born on the island of Jamaica and raised in The Bronx, New York. She is the founder and Artistic Director of Davalois Fearon Dance. Her choreography has been presented throughout New York City by the Joyce Theater, The Metropolitan Museum of Art, Dance Enthusiast’s “Moving Caribbean in NYC,” the Bronx Academy of Arts and Dance, and the Inception to Exhibition Dance Festival, among others; as well as across the US and in Kingston, Jamaica. Fearon received awards for the creation of new work from the Bronx Museum of the Arts, Bronx Council on the Arts (BCA) and Groundworks Hudson Valley, and was commissioned by Harlem Stage to create “Water, Thirst, and Storm” as part of the E-Moves 17 dance series. Fearon was recently listed as one of seven “Black Artists to Know” by Dance Magazine. Fearon has performed and taught around the world with the Stephen Petronio Company and staged company repertory from 2005-2017. She has also performed with Daniel Ezralow, Forces of Nature, Ballet Noir, Darrell Robinson, and Ballet International Africans. She holds an MFA from the UWM and a BFA from the Purchase College Conservatory of Dance.