Camille A. Brown, Choreographer for The Public's "The Fortress of Solitude‏" 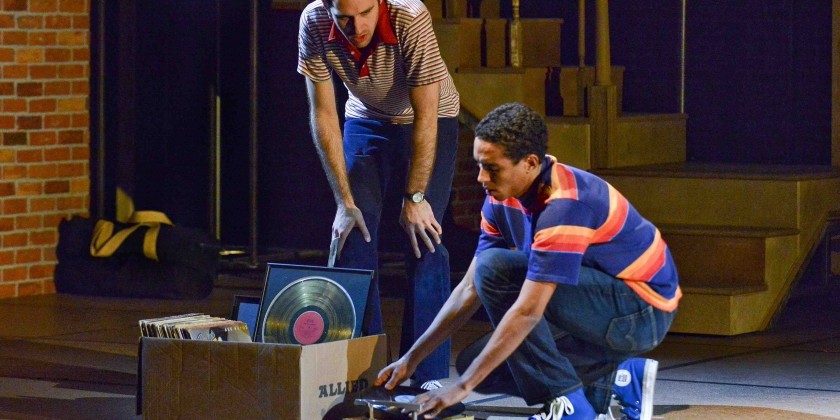 THE FORTRESS OF SOLITUDE BRINGS CAMILLE A. BROWN’S CHOREOGRAPHY ALIVE AT THE PUBLIC THEATER

NEW YORK, September 4, 2014 - Camille A. Brown, renowned for her intrinsically rhythmic choreography and narrative style, has been named as choreographer for The Public Theater’s The Fortress of Solitude. Brown’s newest choreographic venture is set to premiere on September 30, 2014 and run through November 2, 2014. Brown, whose company Camille A. Brown & Dancers has toured nationally and internationally, has recently begun to share her choreographic talents in theater. Leading dance companies have also commissioned Brown, debuting her first work with Alvin Ailey Dance Theater at the age of 27.

"One moment her work sounds fierce emotional depths and the next I find myself grinning like a fool at her delicious wit and stratospheric sense of play. Camille A. Brown's work is of the most necessary and brilliant it has been my pleasure to enjoy, both as collaborator and audience member." -Daniel Aukin, Director of The Fortress of Solitude

Based on the acclaimed novel by Jonathan Lethem (2005 MacArthur Fellow), conceived and directed by Daniel Aukin (Bad Jews, 4000 Miles), the soaring new musical The Fortress of Solitude makes its World Premiere at The Public this fall with a dynamite creative team including composer/lyricist Michael Friedman (Love’s Labour’s Lost, Bloody Bloody Andrew Jackson) and bookwriter Itamar Moses (“Boardwalk Empire," The Four of Us.)

The Fortress of Solitude is an extraordinary coming-of-age story about 1970’s Brooklyn and beyond — of black and white, soul and rap, block parties and blackouts, friendship and betrayal, comic books and 45s. The musical follows two teenagers obsessed with superheroes, who believe that maybe, just maybe, they can fly. The production is co-produced with Dallas Theater Center.

Single tickets, starting at $80, are on sale now and can be purchased by calling (212) 967-7555, www.publictheater.org, or in person at the Taub Box Office at The Public Theater.

The Public Theater is located at 425 Lafayette Street New York, NY 10003. Subway: 6 train at Astor Place and N, R trains at 8th Street. The Library at The Public is open nightly for food and drinks, beginning at 5:30 p.m., and Joe’s Pub at The Public continues to offer some of the best music in the city.

The Fortress of Solitude (World Premiere)
Book by Itamar Moses
Music and lyrics by Michael Friedman
Based upon the novel by Jonathan Lethem
Choreography by Camille A. Brown
Conceived and directed by Daniel Aukin
A co-production with Dallas Theater Center

ABOUT CAMILLE A. BROWN

Camille A. Brown is an award-winning choreographer who blurs the space between theater and dance. Her prolific and vivid choreography entails more than a dozen dance repertory works and has launched her to Broadway’s stages, recently choreographing the revival of A Streetcar Named Desire (2012), The Public’s Fortress of Solitude, City Center’s Encores! tick, tick...BOOM!, Shakespeare’s The Winter’s Tale, Marcus Gardley’s The BOX: A Black Comedy, and GALOIS at the New Ohio Theatre. Brown is a two-time Princess Grace awardee, two-time recipient of NEFA's National Dance Project Production Grant, and the 2013 recipient of The International Association of Blacks in Dance Founders Award. She has been commissioned to create works for Alvin Ailey American Dance Theater, Philadanco, Urban Bush Women, Ballet Memphis and Hubbard Street II. Camille is also the director of New York-based Camille A. Brown and Dancers.

ABOUT THE PUBLIC THEATER

Under the leadership of Artistic Director Oskar Eustis and Executive Director Patrick Willingham, The Public Theater is the only theater in New York that produces Shakespeare, the classics, musicals, contemporary and experimental pieces in equal measure. The Public continues the work of its visionary founder, Joe Papp, by acting as an advocate for the theater as an essential cultural force, and leading and framing dialogue on some of the most important issues of our day.  Creating theater for one of the largest and most diverse audience bases in New York City for nearly 60 years, today the Company engages audiences in a variety of venues—including its landmark downtown home at Astor Place, which houses five theaters and Joe’s Pub; the Delacorte Theater in Central Park, home to its beloved, free Shakespeare in the Park; and the Mobile Unit, which tours Shakespearean productions for underserved audiences throughout New York City’s five boroughs.