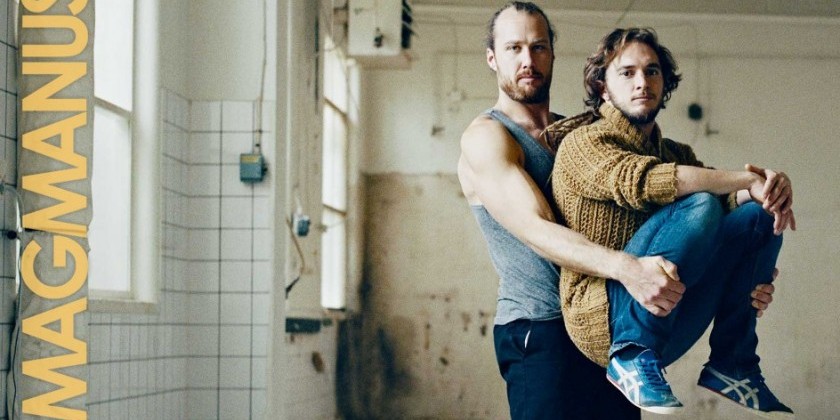 The 2015-16 season at NYU Skirball Center for the Performing Arts features a wide array of acclaimed dance companies and contemporary circus performances, showcasing and supporting diverse and eclectic talent from across the country around the world.

The season’s dance programs include the launch of DANCE SPEAKS, a new annual series showcasing dance works that explore current issues that shape our lives and reflect our times.  The inaugural DANCE SPEAKS series will open with Spectrum Dance Theater’s The Minstrel Show Revisited, a powerful dance/theater piece that takes a satirical look at the derogatory song and dance tradition of minstrelsy whole commenting on today’s race-related events, and continues with a program celebrating the 25th Anniversary of the Americans with Disabilities Act, featuring performances by Heidi Latsky Dance and AXIS Dance Company.

Contemporary circus performers Magnus Bjøru and Manu Tiger combine circus, theater, interactive elements and lots of Velcro to explore the idea of attachment in its many forms. Surrounded by stadium lighting with various contraptions dotting the stage, the performers’ Velcro-suited bodies make contact and are cleaved apart with the recognizable rip, demonstrating that everything and everyone—including the audience—is attached.

Magmanus is a Swedish circus company founded in 2009 by the Franco-Norwegian duo Manu Tiger (a small acrobat) and Magnus Bjoru (a large juggler) to spread happiness and inspire audiences to follow their dreams, through impressive circus skills, humor and intensive interaction with the audience.  The duo has performed in 21 countries and on four continents, in venues ranging from traditional circus tents to festivals and street performances.  www.magmanus.com

ABOUT NYU SKIRBALL CENTER FOR THE PERFORMING ARTS

NYU Skirball Center for the Performing Arts is the premier venue for the presentation of cultural and performing arts events for New York University and lower Manhattan. Led by Executive Director Michael Harrington, the NYU Skirball mission is  to showcase and support diverse and eclectic talent from around the world, while cultivating audiences for live performance through deeper engagement opportunities. For more information visit:  www.nyuskirball.org.