Conversation Without Walls: One of Two 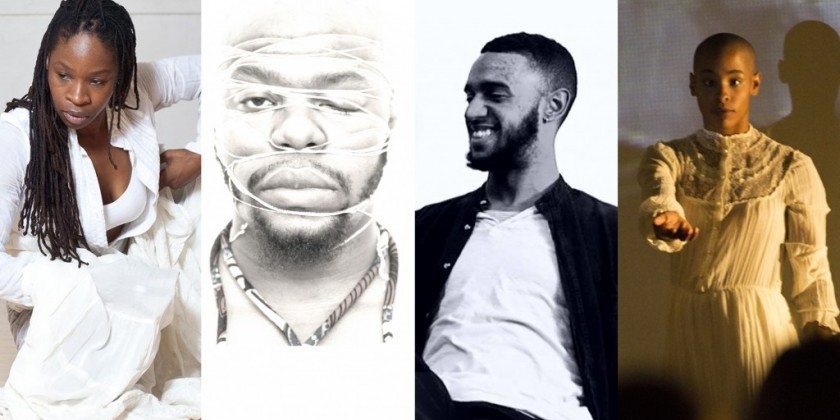 Conversation Without Walls: One of Two
Danspace Project (131 East 10th Street)
Admission: $10 Suggested at the door

1:30-2:30pm: "LOST: Curating Absence" an overview of Platform 2016: Lost & Found with Ishmael Houston-Jones and Will Rawls moderated by Judy Hussie-Taylor. Curators will discuss the late John Bernd and his work as the original impetus for the Platform, and they will address the evolving curatorial process of the last three years.

In her article "Doing Queer Love," Lisa Deidrich writes about the relationship between feminism and AIDS activism, trying "to think through the ways that the coming together of these two struggles in a particular place and time—New York City in the 1980s—created particular practices that might be effective in other times and places." This conversation brings together four artists who will discuss their relationships to feminism, queer activism and AIDS activism from the 1980s to the present.

“Life Drawing” Responses propose an intergenerational discussion around artistic influence, portraiture, and performed history, Lost and Found has provided four performers with "dossiers" consisting of images, flyers, biographies, documentation, and other ephemera. Responding to these dossiers, Raja Feather Kelly, Mariana Valencia, Narcissister, and Katy Pyle explore the act of reconstructing, or responding to, the life, work, and mythology of Ethyl Eichelberger (1945-1990), Assotto Saint (1957-1994), Alvin Ailey (1931-1989), and Greer Lankton(1958-1996). Considering these live events as a cross between performance and presentation, the Platform encourages these artists to approach the embodiment of widely-known or unsung artists through an exploration of their own artistic questions.

Ishmael Houston-Jones is a curator, author, choreographer, and teacher. He was the curator for Platform 2012: Parallels and curates the DraftWork series, both at Danspace Project. He has received two New York Dance and Performance “Bessie” Awards, as well as Foundation for Contemporary Arts, Doris Duke, and Herb Alpert Awards.

Will Rawls is a choreographer, writer and performer based in Brooklyn. He curated two film programs for Platform 2012: Parallels and continues to write and curate on a freelance basis. He is recipient of the 2015 Foundation for Contemporary Arts Award and a 2017 Robert Rauschenberg Residency.

John Bernd (1953-1988), one of the first persons with AIDS in the Downtown Dance scene, was a “Bessie” Award-winning choreographer, performer, and “ethical guiding light.” He performed his work at PS 122, Danspace Project and Dance Theater Workshop. He died in New York on August 28, 1988 of AIDS-related complications, at the age of 35.

Assotto Saint (1957-1994) was a poet, playwright, performer, editor, publisher, and activist, born in Haiti and raised in Queens. He formed Metamorphosis Theater, the band Xotica, along with Galiens Press, publishing two books of his own poetryand three anthologies of poetry by black gay men.

Heidi Dorow lives and works in NYC and tries very hard to love everybody.

Muna Tseng​, (born Hong Kong, lives and works in New York), is a choreographer and performer and Founder and Artistic Director of Muna Tseng Dance Projects and serves on the Bessies: New York Dance & Performance Awardcommittee. She has won prestigious awards in contemporary performance and choreography and lectures globally.

Lucy Sexton works in dance, theatre and film. Beginning in the 1980s, she and Anne Iobst created, performed and toured with the seminal dance-performance group DANCENOISE. She also performs as The Factress. She is currently the Executive Director of the NY Dance and Performance Awards, The Bessies.

Marýa Wethers is a dancer based in NYC since 1997. She is currently dancing with iele paloumpis and has performed with many other incredible artists over the years. She also works as an Independent Manager, Producer, and Curator.

Raja Feather Kelly, recipient of the 2016 Solange MacArthur Award for New Choreography, and 2016 NYFA Fellowship for Choreography, is the first and only choreographer to dedicate the entirety of his company's work to Andy Warhol. In search of the connections between popular culture and humanity, Kelly choreographs, writes, and directs his own work as Artistic Director of the feath3r theory.

Ethyl Eichelberger (1945-1990) was a Downtown drag performer, a musician, playwright, and actor. Ethyl acted for The Ridiculous Theatre Company and Trinity Repertory Company, and his plays were staged at venues including The Pyramid Club, King Tut's Wah Wah Hut, and 8 B.C. He was unable to tolerate AZT and died from AIDS-related suicide.

Darrell Jones has researched with a variety of choreographers and companies such as Urban Bush Women, Ralph Lemon, Min Tanaka, and Bebe Miller. Darrell is presently an Associate Professor at the Columbia College Chicago Dance Center.