DIDO AND AENEAS Directed and Choreographed by Karole Armitage, Conducted by Nicole Paiement 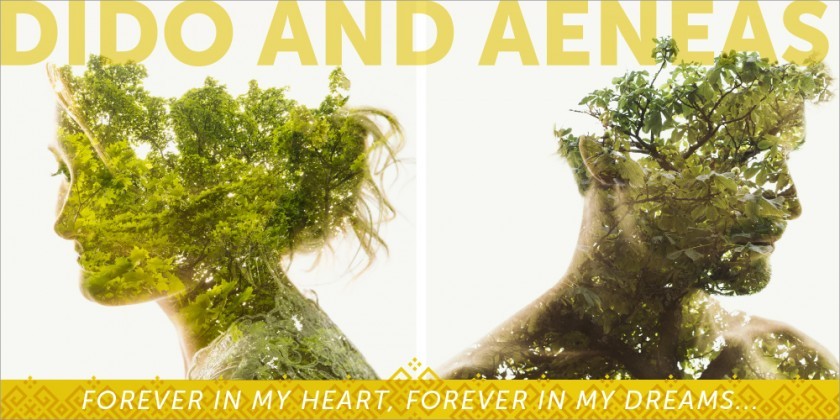 DIDO AND AENEAS Directed and Choreographed by Karole Armitage, Conducted by Nicole Paiement

Music by Henry Purcell
Libretto by Nahum Tate
A Site-Specific Production – Outdoors, Under the Stars

PLEASE NOTE: This is a unique production, being staged on a specially constructed stage, outdoors, at the National Museum of Dance.  Because the weather is unpredictable, for every performance date we have also scheduled two “rain dates.”

Opera Saratoga is thrilled to present the first Baroque opera in the company’s history in a truly unique production under the stars! One of the earliest English operas, Dido and Aeneas is one of Purcell's foremost theatrical works. This heartbreaking opera recounts the love of Dido, Queen of Carthage, for the Trojan hero, Aeneas, and her despair when he abandons her. The combination of exquisite vocal music and extensive use of dance has inspired many interpretations of the great score. Opera Saratoga has invited world-renowned choreographer and director Karole Armitage to create a very special site-specific production for Saratoga Springs that embraces the natural beauty and history of The National Museum of Dance located in Spa State Park. The production, conducted by Nicole Paiement in her Opera Saratoga debut, will feature Metropolitan Opera mezzo-soprano Jennifer Johnson Cano as Dido, along with the exquisite dancers of the ArmitageGone! Dance Company in what is sure to be one of the most talked about productions of the summer for dance and music lovers alike.

Karole Armitage, director of the New York-based Armitage Gone! Dance Company, was rigorously trained in classical ballet. As a professional dancer she performed in Balanchine's Grand Théâtre de Genève Company and in the Merce Cunningham Dance Company. Armitage is renowned for pushing the boundaries to create contemporary works that blend dance, music and art to engage in philosophical questions about the search for meaning. She joins a legacy of process-focused experimental dance that embraces the ballet and modern dance heritage as well. She directed the Ballet of Florence. Italy (1995-99) and the Biennale of Contemporary Dance in Venice (2004), served as resident choreographer for the Ballet de Lorraine in France (1999-2004). She has created works for many companies form The Bolshoi Ballet in Moscow to the Tasmanian Dance Company in Australia. She has choreographed two productions for the New York Philharmonic, directed opera at important European Opera Houses from Teatro di San Carlo in Naples to Théâtre du Châtelet in Paris, two Broadway productions (Passing Strange and Hair, the latter earning her a Tony nomination), videos for Madonna and Michael Jackson, several films for Merchant Ivory productions and the Cirque du Soleil production Amaluna (2012). Ms. Armitage, the recipient of a Guggenheim Fellowship, was awarded Commandeur de l'Ordre des Arts et des Lettres, France's most prestigious award in 2009, and an honorary Doctorate of the Arts from the University of Kansas in 2013.