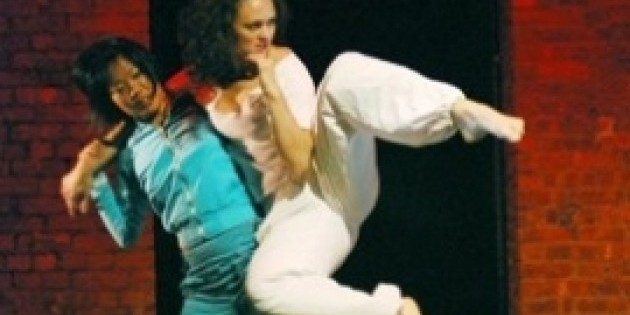 RAW Directions will support up to five emerging to mid-career choreographers having more than ten years of professional choreographic experience. DNA will provide a full marketing and production support package, a peer artistic consultant, two informal showings, a small commission, an artist fee, and discounted and free rehearsal space (when available) leading up to five performances of new 15-minute works in DNA’s theater. The RAW Directions performances take place in February or March each year.

The artistic consultant for RAW Directions 2012 will be Gus Solomons Jr.

Gus Solomons Jr. is an accomplished dancer, choreographer, dance critic and actor. He is a leading figure in postmodern and experimental dance. He created the title role in Donald Byrd’s The Harlem Nutcracker (1996-99); directs PARADIGM, a repertory dance company for veteran performers; is an Arts Professor at NYU/Tisch School of the Arts; writes about dance for Dance Magazine, Gay City News and www.solomons-says.com; has an Architecture degree from M.I.T.; danced in companies of Pearl Lang, Donald McKayle, Martha Graham, and Merce Cunningham, et al. In 2000, Solomons won a Bessie (New York Dance and Performance Award) for Sustained Achievement in Choreography; in 2001, he was awarded the first annual Robert A. Muh Award from M.I.T. as a distinguished artist alumnus; in 2004, he was awarded the Balasaraswati/ Joy Anne Dewey Beineke Chair for Distinguished Teaching at the American Dance Festival, and in 2006-7, he was a Phi Beta Kappa Visiting Scholar, lecturing at several U.S. universities. Recent acting credits include featured roles in Kenneth Lonergan’s Lobby Hero, David Gordon’s Beginning of the End of the…, and Ulaeus and Rice’s Chess.

Questions may be directed to RAWDirections@dnadance.org.

Applications can be downloaded here: http://www.dnadance.org/site/opportunities/choreographic/raw-directions/