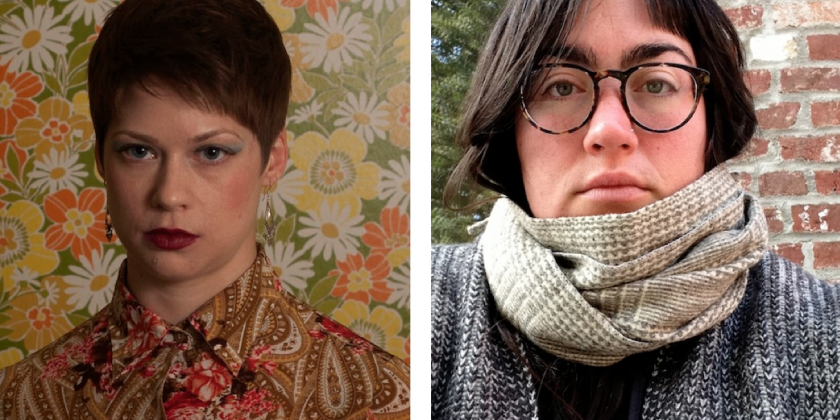 Independent dance artists craft THE AWARD, an innovative non-monetary mentoring initiative for performance experimentalists in NYC, from the donations of twelve non-profit and commercial organizations

THE AWARD is being presented in 2014, its inaugural year, to dance artists Rebecca Patek and Jen Rosenblit.

Awardees, Ms. Patek and Ms. Rosenblit, will spend the next year working with mentoring artists, John Kelly and Neil Greenberg respectively. Together they will view rehearsals and performances; critique proposals and budgets; share drinks, dinners, and advice on best practices.

Both the awardees and their mentoring artists receive fall 2014 - spring 2015 season tickets and year long memberships to a number of organizations including: The Chocolate Factory, The Danspace Project, The Kitchen, La MaMa Experimental Theater Club, MoMA/PS 1, Museum of the Moving Image, The New Museum, The Park Avenue Armory and Performance Space 122.

The awardees additionally receive video documentation of their works by Mark Robison of Character Generators in the Gina Gibney Dance Center’s Varis Lab.

To offset pre and post performance dining, the awardees are granted gift cards from Cafe Orlin.

Conceived by Dean Moss, THE AWARD uses dance’s embodied economy of direct relationships to address the field’s resource limitations. It does so by making fiscal restriction the foundation of its strategy, focusing attention on the community’s interdependency and great generosity, freeing experimentalists to realize more fully the expansive possibilities of their practice.

THE AWARD is inspired by a long history of artists’ supporting artists organizations, such as The Foundation for Contemporary Arts. Its operational structure is based in Moss’ experiences both as a curator, and on the selection committees of other honors, including the Bessies and the Rolex Mentor and Protégé Arts Initiative. It continues to be developed and is facilitated with performance artists and critical thinkers, Kimberly Bartosik and Joshua Lubin-Levy.

For more information, please visit THE AWARD site at: theawardnyc.tumblr.com