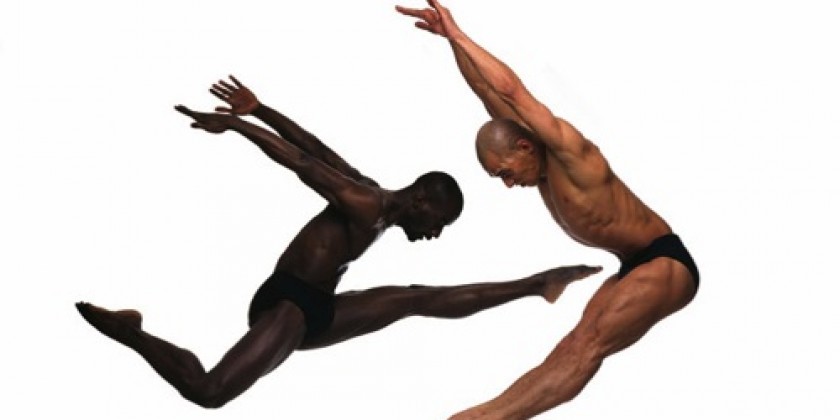 NEW YORK, November 3, 2014 — Elisa Monte Dance (EMD), announced last night at a reception in Manhattan’s Chelsea neighborhood that Elisa Monte will retire as the artistic director from the company that she has built, grown and established as a beacon of modern movement over its 34-years. Dancers, board members and important key players in the company’s history, stood beside Elisa as she named Tiffany Rea-Fisher, long time dancer, Associate Artistic Director and Director of Operations as her successor, effective at the culmination of EMD’s 35th season in spring of 2016. The announcement followed a private tour of the Fashion Institute of Technology’s Dance & Fashion exhibition, where repertory costumes created by Calvin Klein’s Francisco Costa for Monte’s 2008 work Slope of Enlightenment are currently being showcased.

At age 9, Monte started ballet training under the tutelage of Russian classical dancer Vladimir Dokoudovsky, and continued with the School of American Ballet. She made her professional debut dancing with Agnes DeMille in the 1957 Broadway revival of Carousel. Monte danced with Lar Lubovitch Dance Company and joined Martha Graham Dance Company in 1974, where she performed principal roles in such classics as Errand into the Maze, Seraphic Dialogue, Clytemnestra, Appalachian Spring, Madea in Cave of the Heart, and O Thou Desire Who Art About to Sing.

“I always suspected I would choreograph, but I never knew at what point it would start,'' stated Elisa Monte in a 1988 New York Times interview. As Monte transitions into a new phase – her career and impact spanning more than 30 years, 200 dancers, 30 countries and more than 40 choreographic works – she is renowned for her diverse movement vocabulary that refuses stylistic conformity. Throughout her tenure, Monte issued a variety of collaborations from varying disciplines to add textural, audial and visual components to the already physically charged work.

“Movement talks about the things that words can’t—it’s a symbolic language that connects all cultures. This constant investigation, exploration, and evolution of movement is the legacy that I feel like I leave behind for the next generation of dancers and choreographers,” said Monte during the announcement. “Isn’t it interesting how things come full-circle? My signature work Treading was created as part of an initiative to develop new choreographers from within the Martha Graham Dance Company. As a result I’ve always been committed to identifying and nurturing new talent, encouraging the dancers in this company to find their personal voice—and their exploration has inspired my work.”

One of these dancers, Tiffany Rea-Fisher, who joined EMD in 2004, quickly became an integral part of the company’s organization, as well as a principal dancer. While shining on stage, she also took on a major initiative to develop the company’s educational outreach and helped the company to find and secure grants, expanding opportunities not only for Elisa and the dancers, but for the Monte legacy abroad.

“When I picked up my first paycheck 10 years ago, I knew there was more I could offer this company. They needed help in the office and I was eager to absorb as much experience and mentorship as I could,” recalls Rea-Fisher. “While dancing many of Elisa’s roles there was a trust that developed between us right away. EMD has been such a large part of my life – it shaped me as a dancer and performer. I met my husband, Matt Fisher who also performed under Monte, was afforded the platform to explore my own choreographic voice, and have been given the opportunity to be cultivated to sustain leadership qualities for the company’s next generation.”

“Tiffany simply champions individuality,” explains Monte. “She is a leader, a mentor, and above all, an exceptional artist. With this clear devotion to the company, the clear understanding and identification with both my personal mission and the company's mission to use dance as a universal vehicle—there was no doubt for me that Tiffany would take this company into the next era and grow it to become a mainstay in the modern dance community ”

EMD dancers will celebrate its 35th Season in Fall 2015 with a premiere by Monte and a premiere from Rea-Fisher to highlight this grand partnership and collaborative relationships that has led the company to its future. The company will also present a selection of signature works, and Rea-Fisher’s why so curious and Persona Umbra. Additionally, the season will highlight alumni dancers, including Rea-Fisher who will also return to the stage to perform.

1977 – Moses Pendleton, a founding member of Pilobolus Dance Theatre, commissioned Monte to create Molly’s Not Dead with Pilobolus for the American Dance Festival, foretelling her future career as a choreographer

1981 – Alvin Ailey selected, Treading, to be set on the dancers of his company

Sticks and Stones (1996) with David Brown

TIFFANY REA-FISHER (Associate Artistic Director & Director of Operations) has choreographed more than 15 works, including seven for the Elisa Monte Dance Company. She danced with Compania de Danse in Spain, The Kevin Wynn Collection, Dance Anonymous, Abraham.in.Motion and The Brett Howard Dance Company before joining EMD in 2004. She was named Dance Magazine’s “On the Rise” in 2007. Rea-Fisher has also served as the resident choreographer for the Fresno Ballet School, as curator for Dance at the Tank, as co-founder of ForArts at Purchase College, and co-founder of Inception to Exhibition, an interdisciplinary arts organization that fosters artist incubation. Her teaching accolades include Joffrey Ballet School, the Ailey School, City Center, Dance New Amsterdam, Dancewave, George Mason University, Juilliard, Steffi Nossen School of Dance, Peridance, Steps on Broadway, SUNY Purchase and Tisch School of the Arts. She received her BFA from the Conservatory of Dance at Purchase College SUNY.

Founded in 1981, Elisa Monte Dance is hailed around the world for its visceral and sensual style and embodiment of diverse cultural influences. Based in New York City, the non-profit dance company actively tours nationally and internationally showcasing its distinctive cross-discipline style and bridging cultural barriers through dance. The company’s eight dancers rise to the creative challenge in an ecstatic display of physical prowess that gives life to an intense array of emotions. The company has taken a practical and integral approach to arts education, regularly teaching professional workshops and creative movement for K-12 schools as well as working with at-risk populations. The company recently developed an eight-week creative tools mentorship program. For more information visit www.elisamontedance.org.