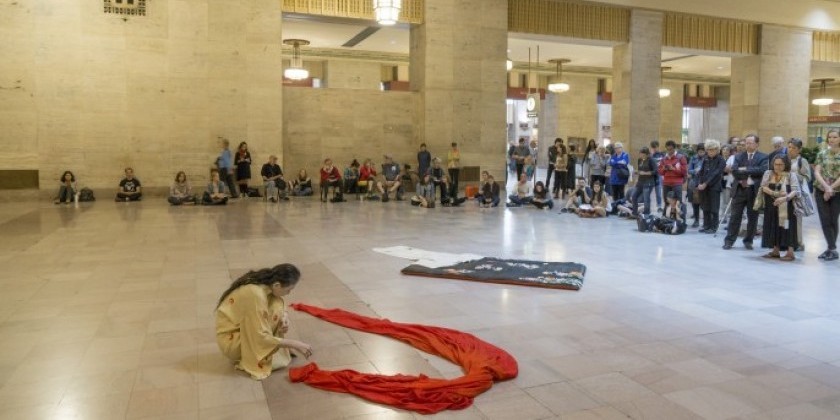 This event is free and open to all.


Eiko Otake presents the next iteration of her ongoing solo project, A Body in Places, which took place inside Philadelphia’s 30th Street Train Station in the fall of 2014. Central to the project is a drive to explore non-traditional venues and to respond to the innate characteristics of each specific place. At the core of each variant is Eiko alone exploring solitude, intimacy, gaze—and specifically how the fragility of the body within public places mutually affects and is affected by the gaze of passersby. Eiko began investigating her solo practice during River To River 2014 and LMCC plans to continue presenting her work in River To River 2016.