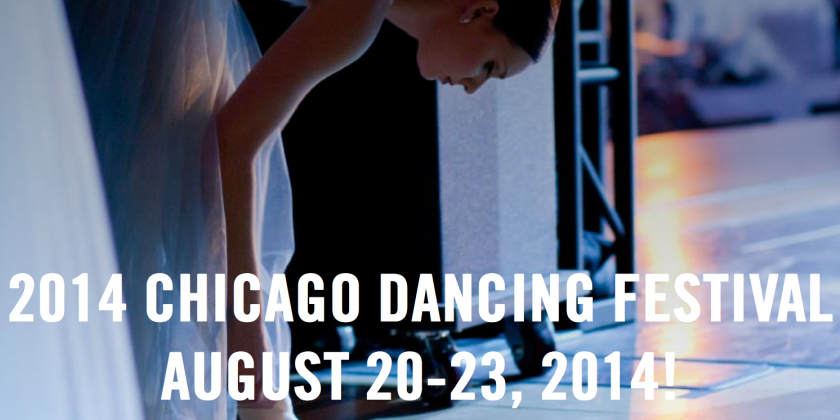 Tickets for the indoor performances of the Chicago Dancing Festival at Harris Theater and Museum of Contemporary Art become available this week.  All tickets are free but tickets for indoor events must be reserved in advance through each venue’s box office. The Chicago Dancing Festival, featuring top ballet, modern and hip-hop companies from Chicago and across the country, is set to take place August 20 – 23.

New York-based choreographer Darrell Grand Moultrie, who has set work on and collaborated with pop stars like Beyoncé as well as highly regarded institutions like The Juilliard School, the Alvin Ailey B.F.A. Program and tap legend Savion Glover, has been commissioned by the Festival to create a new work for the student dancers of After School Matters, to premiere on the Pritzker “Celebration of Dance” program, August 23.

These new commissioned works are in addition to the previously announced World Premiere the Festival has commissioned from New York mixed-genre choreographer Kyle Abraham for the dancers of Hubbard Street Dance Chicago, entitled Counterpoint. This work, to be performed at the Harris Theater as part of the “Classics and Creations” program August 20, is set to Tu Non Mi Perderai Mai by Peter Gregson and Brahms Piano Concerto No. 1 in D Minor: Third Movement, performed by Arthur Rubinstein.

This year, the Chicago Dancing Festival hosts “Last Dance,” a party to acknowledge the sponsors whose support is crucial to keeping the Festival’s performances free for the public.  “Last Dance” takes place Saturday, August 23, on the Terrace at the Harris Theater, 205 E. Randolph Street.  The evening includes pre-show cocktails beginning at 6 pm followed by reserved seating for the performance at the Jay Pritzker Pavilion, then a post-show picnic with cocktails and a chance to mingle with the artists.  If you are interested in donating or learning more about sponsorship opportunities visit www.chicagodancingfestival.com or call 773-609-2335.

“Classics and Creations”: Wednesday, August 20 – 7:30 pm at Harris Theater for Music and Dance, 205 E. Randolph Street.  The Chicago Dancing Festival opening night program will be simulcast on the outdoor screen of the Pritzker Pavilion in Millennium Park.

Any empty seats or tickets unclaimed at 15 minutes prior to curtain time will be released to those in a Stand-by line.  Stand-by lines begin one hour before each performance, in person only.  All seating is general admission.