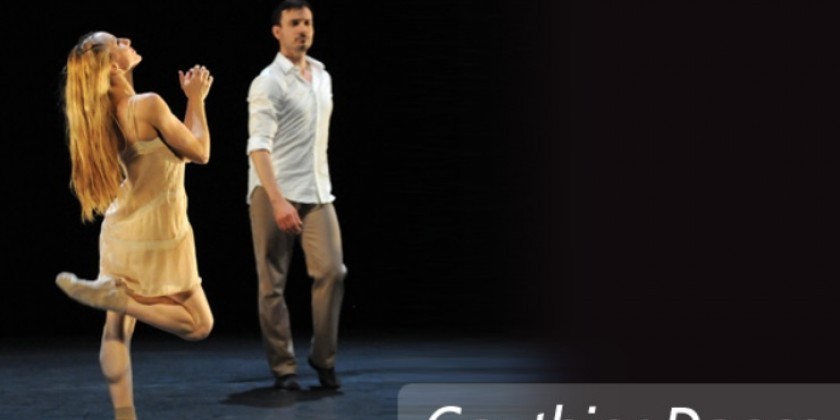 Gauthier, formerly a soloist with Stuttgart Ballet, founded Gauthier Dance with a mission to break new ground, attract new audiences to dance, and make dance accessible to those who are unable to attend performances in traditional proscenium settings. Gauthier Dance quickly made a name for itself among the German and international dance scene with the successful premiere of award-winning POPPEA//POPPEA choreographed by Christian Spuck in 2010, which was named one of the world’s 10 most successful dance productions of 2010 by Dance Europe magazine. Through its social engagement and outreach program, Gauthier Dance Mobile, the company performs at nursing homes, hospitals, and youth centers across Germany.

I Found a Fox is Stuttgart Ballet resident and Nederlands Dance Theater Associate Choreographer Marco Goecke’s quirky solo originally choreographed for Eric Gauthier, and performed by Rosario Guerra at the Pillow. Set to British singer/songwriter Kate Bush’s “Suspended in Gaffe,” the work’s title was also inspired by lyrics from one of her other songs, “Hounds of Love.” Goecke’s choreography often evokes an aura of mystery and is characterized by precise, quick movements of the torso, arms, and hands.

·         Free Pre-Show Talks with Jacob’s Pillow Scholar-in Residence Maura Keefe are offered on the porch of the Doris Duke Theatre 30 minutes before every performance.