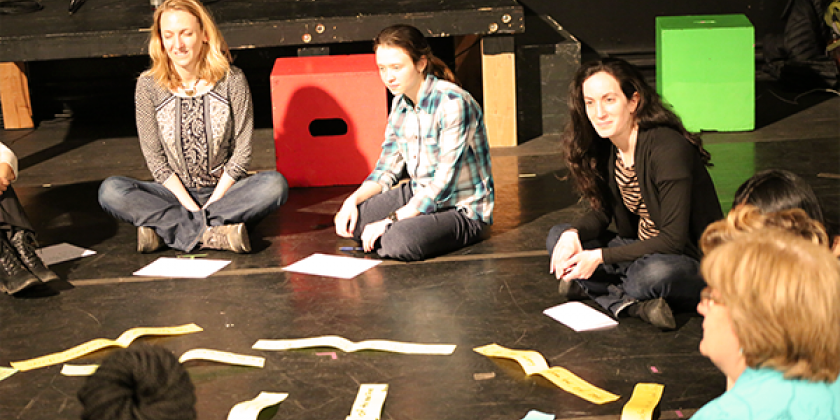 Sara Zatz is the Associate Director of Ping Chong + Company and project manager of the Undesirable Elements performance series, an interview-based theater project exploring issues of culture and identity in the lives of individuals in specific communities. Since she joined the company in 2002, she has managed the production of dozens of original works in the series, working in collaboration with partner organizations ranging from regional theaters to community-based arts organizations, exploring themes such as the experiences of people with disabilities, immigrants and refugees, and disenfranchised youth. She has had the privilege of interviewing hundreds of individuals from all over the world and has served as lead artistic collaborator with Ping Chong on numerous productions.

Additionally, she oversees Ping Chong + Company’s in-school arts education program and training institutes to share the methodology of Undesirable Elements with other artists and community members. She is the writer and director of Secret Survivors, a work in a series which explores the experiences of survivors of child sexual abuse, and oversees Ping Chong + Company’s Secret Survivors National Initiative, which partners with non-arts-organizations to use theater to end child sexual abuse. Other recent projects include Say My Name, Say My Name: Stories of LGBTQ Youth of New Orleans and Beyond Sacred: Voices of Muslim Identity. She served as the editor of a 2012 volume on Undesirable Elements, published by Theatre Communications Group, and has spoken and presented workshops on community-engaged theater at many conferences and universities. She holds a BA from Bryn Mawr College and M.Phil in Irish Theatre Studies from Trinity College, Dublin.