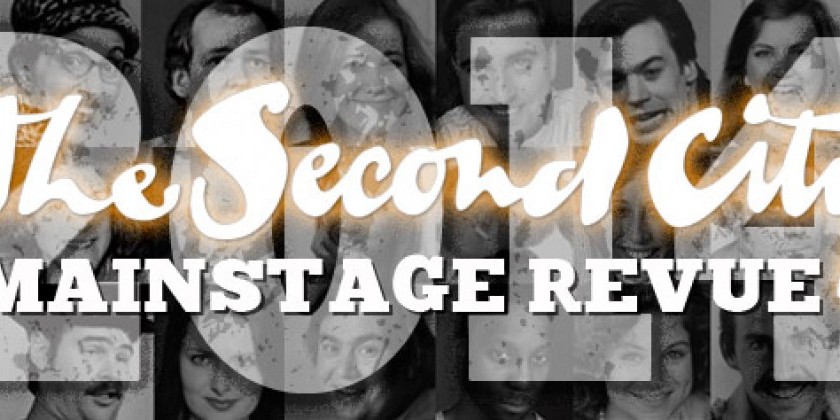 Hubbard Street’s 37th season begins with the world premiere of a collaboratively devised production with Chicago’s renowned home for improvised and sketch comedy, The Second City, October 16–19, 2014 at the Harris Theater for Music and Dance. (Click here to download the project-specific press release, or visit hubbardstreetdance.com/secondcity.) Hubbard Street and The Second City’s joint venture is underway with material created by Carisa Barreca, T.J. Jagodowski, Kate James, Tim Mason and the casts of The Second City; Joseph Jefferson Award–winning director Billy Bungeroth; choreographers Alejandro Cerrudo, Lucas Crandall, Jonathan Fredrickson, Terence Marling and Robyn Mineko Williams; dancers from Hubbard Street’s main ensemble and Hubbard Street 2; and actors to be announced. Major support for the project is provided by Jack and Sandy Guthman through the Imagine Campaign at the Harris Theater for Music and Dance, with additional funding from The Walter E. Heller Foundation and Choreographer’s Circle Member Sallyan Windt.

Says Glenn Edgerton: “It’s very important we continue to cultivate the careers of artists whose work speaks to today’s world. Our focus at Hubbard Street has always been on living artists and the diversity of dance forms and practices they investigate. I’m excited for the company to dive into the creative process with Kyle, Robyn and Victor. I’m equally excited for our audience to become better acquainted with these artists, all at major turning points in their careers, in a venue perfectly suited to the specificity of their choreographic voices.”

Hubbard Street returns to the Harris Theater for the Spring Series, March 12–15, 2015, themed on gender identities and relationships, and featuring the company’s first performances of work by Kidd Pivot founder and artistic director Crystal Pite. Pite is associate choreographer for Nederlands Dans Theater (the Hague) and Cedar Lake Contemporary Ballet (New York City), as well as associate dance artist at the National Arts Centre (Ottawa), and associate artist at Sadler’s Wells (London). A Picture of You Falling, from Pite’s 2010 evening-length work, The You Show, receives its Hubbard Street premiere alongside Cloudless (2013) by Alejandro Cerrudo, called “perfection in its unification of choreography, music and lighting” by Germany’s Main Post; and two contrasting ensemble works by Czech–born, Holland-based dancemaker JiAAí Kylián: Sarabande (1990) for six men, and Falling Angels (1989) for eight “powerhouse women” (Chicago Sun-Times).

Says Glenn Edgerton: “Alejandro will be in his sixth year as Resident Choreographer at Hubbard Street and I feel it’s important to recognize and celebrate the moment. Our Summer Series will review the range of Alejandro’s prolific artistry through existing works, and look forward by featuring his 14th world premiere for us. Just as we explored the world of JiAAí Kylián this past March, I want to highlight Alejandro and, in future seasons, we will pay the same attention in tributes to other major choreographers.”

Season 2014–15 subscriptions are $75–$302 and on sale now at the Hubbard Street Ticket Office, online at hubbardstreetdance.com/subscribe or by phone at 312-850-9744. Single tickets for these four programs will be available late summer 2014. 2014–15 domestic and international touring engagements, special projects, residencies and additional collaborations will be announced at later dates. Programming is subject to change.

About Kyle Abraham
2013 MacArthur Fellow Kyle Abraham began his dance training at the Civic Light Opera Academy and the Creative and Performing Arts High School in Pittsburgh, PA. He continued his dance studies in New York, receiving a BFA from SUNY–Purchase and an MFA from Tisch School of the Arts at NYU. In November 2012, Abraham was appointed New York Live Arts Resident Commissioned Artist for 2012–14; just one month later, Alvin Ailey American Dance Theater premiered Abraham’s Another Night at New York City Center to rave reviews. “What Abraham brings to Ailey is an avant-garde aesthetic,” wrote Rebecca Bengal for Vogue magazine, “an original and politically minded downtown sensibility that doesn’t distinguish between genres but freely draws on a vocabulary that is as much Merce and Martha as it is Eadweard Muybridge and Michael Jackson.” Abraham has received a prestigious New York Dance and Performance (“Bessie”) Award for Outstanding Performance in Dance for The Radio Show, a Princess Grace Award for Choreography in 2010, the 2012 Jacob’s Pillow Dance Award, was named USA Ford Fellow in 2012 and one of Dance Magazine’s “25 to Watch” for 2009, and received a Jerome Travel and Study Grant in 2008. In addition to performing and developing new works for his company, Abraham.In.Motion, Abraham recently premiered The Serpent and The Smoke for himself and Bessie Award–winning New York City Ballet principal dancer Wendy Whelan, one of four duets comprising Whelan’s “Restless Creature,” premiered at the Jacob’s Pillow Dance Festival in 2013. OUT magazine calls Abraham the “best and brightest creative talent to emerge in New York City in the age of Obama.” Visit abrahaminmotion.org to learn more.

About Victor Quijada
Victor Quijada’s work eloquently deconstructs, reimagines and applies choreographic principles to hip-hop ideology, examining humanity through a unique fusion of aesthetics. His vision stretches into the arena of theatrical interpretation, improvisational approaches and the visual imagery of film. A magnetic and expansive dancer, Quijada had by age 26 moved from the hip-hop clubs of his native Los Angeles into a performance career with internationally acclaimed postmodern dance and ballet companies including THARP!, Ballet Tech and Les Grands Ballets Canadiens de Montréal. Since founding RUBBERBANDance Group in 2002, Quijada has choreographed more than 24 short and evening-length works, both for the company and on commission; he has more than a dozen film credits to his name as choreographer, director and dramaturg; and with RUBBERBANDance Group has toured North America, Europe, Japan and Mexico. Quijada received the Bonnie Bird North American Award and the Peter Darrell Choreography Award in 2003, the OQAJ/RIDEAU Prize in 2009, and a Choreography Fellowship from the Princess Grace Foundation in 2010. From 2007 to 2011, he was an artist-in-residence at the Cinquième Salle of Place des Arts in Montréal. Visit rubberbandance.com to learn more.

About Robyn Mineko Williams
Robyn Mineko Williams is a dancer and choreographer from Chicago, Illinois. She was a member of River North Chicago Dance Company (now River North Dance Chicago) for four years before joining Hubbard Street Dance Chicago in 2000. During her 12 years as a company member, Williams performed works by renowned dancemakers including Ohad Naharin, JiAAí Kylián, Nacho Duato, William Forsythe and Johan Inger, and originated roles in new choreography by Jorma Elo, Alejandro Cerrudo, Sharon Eyal, Aszure Barton, Twyla Tharp, Lar Lubovitch and others. Williams created her first work in 2001 for Hubbard Street’s Inside/Out Choreographic Workshop, continuing to participate in subsequent seasons. In 2010, she and Hubbard Street 2 Director Terence Marling co-choreographed Harold and the Purple Crayon: A Dance Adventure, a full-length work premiered at the John F. Kennedy Center for the Performing Arts and presented since in Chicago, Detroit, Tucson and other cities, as well as at the American Dance Festival. Williams has made works for Grand Rapids Ballet, Visceral Dance Chicago, Peridance Contemporary Dance Company and the Nexus Project, was one of two winners in 2012 of Northwest Dance Project’s Pretty Creatives International Choreographic Competition, and is the recipient of a 2013 Choreography Fellowship from the Princess Grace Foundation–USA. Visit robynminekowilliams.com to learn more.

About Hubbard Street
Hubbard Street Dance Chicago, under the artistic leadership of Glenn Edgerton, celebrates its 37th season in 2014 and 2015. Among the world’s top contemporary dance companies and a global cultural ambassador, Hubbard Street demonstrates fluency in a wide range of techniques and forms, and deep comprehension of abstract artistry and emotional nuance. The company is critically acclaimed for its exuberant and innovative repertoire, featuring works by master American and international choreographers. Hubbard Street’s artists hail from four countries and 12 U.S. states, and comprise a superlative ensemble of virtuosity and versatility. Since its founding by Lou Conte in 1977, Hubbard Street has grown through the establishment of multiple platforms. Each is dedicated to the support and advancement of dance as an art form, as a practice, and as a method for generating and sustaining communities of all kinds.

About The Second City
Rooted in the improvisational games of Viola Spolin, The Second City opened in Chicago in December 1959 and began developing its entirely unique way of creating and performing comedy. Founded by Spolin’s son, Paul Sills, along with Howard Alk and Bernie Sahlins, The Second City was experimental and unconventional in its approaches to both theater and comedy, railing against conformist culture with scenes that spoke to a younger generation.

The Second City’s sister theater in Canada developed its own sketch comedy series, SCTV, hailed as one of the greatest of all time with an all-star cast including Martin Short, Andrea Martin, Catherine O’Hara, John Candy, Eugene Levy, Dave Thomas, Joe Flaherty and Rick Moranis. By the mid-1980s, The Second City began a new era as Second City Toronto proprietors Andrew Alexander and Len Stuart bought out Bernie Sahlins’ interest in The Second City Chicago and set in motion a new era of innovation for the company.