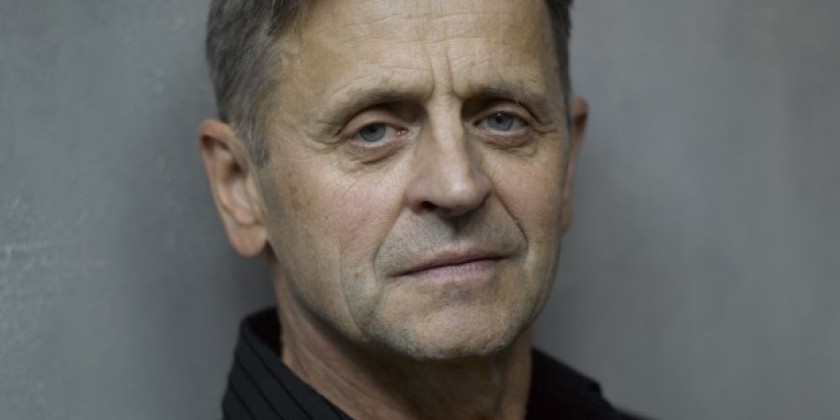 CHICAGO — Hubbard Street Dance Chicago, currently presenting Season 36 in Chicago and on tour across the U.S. and abroad, is delighted to announce the company’s annual Spotlight Ball at the Fairmont Chicago Millennium Park on Monday, May 19, 2014.

Says Hubbard Street Artistic Director Glenn Edgerton: “Mikhail Baryshnikov is an artist for whom I have the utmost respect and admiration. His success in advocating for and popularizing dance as an art form, at the very highest level, goes back to the year our founder, Lou Conte, opened his first studio on Hubbard Street. The appreciation that Hubbard Street enjoys worldwide today is due in no small part to the groundwork laid by Misha over four decades in the U.S., across nearly every conceivable platform. I’m quite honored and moved to be able to thank him personally at our gala.”

Says Mikhail Baryshnikov: “I look at Hubbard Street Dance Chicago’s history and truly appreciate its goals and mission. The company has roots in classic forms and techniques, but is always evolving, always looking for something new in dance. Hubbard Street’s directors and administrators nurture the next generation of dance artists, and believe strongly in the importance of arts education.”

Mikhail Baryshnikov, a native of Riga, Latvia, began studying ballet at the age of 9. As a teenager, he attended the Vaganova Choreographic School in Leningrad, graduating from student to principal dancer of the Kirov Ballet in 1969. In 1974, he left the Soviet Union to dance with major ballet companies around the world including the New York City Ballet, where he worked with renowned choreographers including George Balanchine and Jerome Robbins. In 1980 he began a 10-year tenure as artistic director of American Ballet Theatre, nurturing a new generation of dancers and choreographers. From 1990 to 2002, he was director and dancer with the White Oak Dance Project, which he co-founded with choreographer Mark Morris. In 2005, he opened the Baryshnikov Arts Center (BAC), a creative home for local and international artists to develop and present work. He has appeared on Broadway in Metamorphosis, for which he received a Tony nomination and Drama Desk Award, and Off-Broadway in Forbidden Christmas or The Doctor and the Patient (Lincoln Center Festival), Beckett Shorts (New York Theatre Workshop), In Paris (Berkeley Rep, the Broad Stage, Lincoln Center Festival, and an international tour), and most recently in The Old Woman (international tour) directed by Robert Wilson. Film and television credits include The Turning Point (Oscar nom.), White Nights, and various television shows, including three Emmy award-winning specials. His many awards include the Chubb Fellowship, the Commonwealth Award, the Jerome Robbins Award, the Kennedy Center Honors, the National Medal of Honor, and rank of Officer of the French Legion of Honor.

Hubbard Street Dance Chicago, under the artistic leadership of Glenn Edgerton, celebrates its 36th season in 2013 and 2014. Among the world’s top contemporary dance companies and a global cultural ambassador, Hubbard Street demonstrates fluency in a wide range of techniques and forms, and deep comprehension of abstract artistry and emotional nuance. The company is critically acclaimed for its exuberant and innovative repertoire, featuring works by master American and international choreographers. Hubbard Street’s artists hail from four countries and 12 U.S. states, and comprise a superlative ensemble of virtuosity and versatility.

Since its founding by Lou Conte in 1977, Hubbard Street has grown through the establishment of multiple platforms. Each is dedicated to the support and advancement of dance as an art form, as a practice, and as a method for generating and sustaining communities of all kinds. Hubbard Street 2, directed by Terence Marling, cultivates young professional dancers, identifies next-generation choreographers, and performs domestically and abroad, in service of arts education, collaboration, experimentation and audience development.