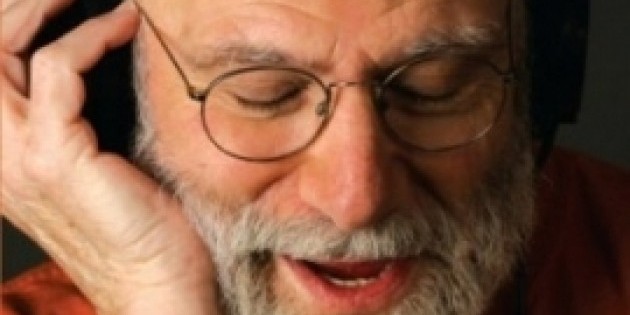 Bookending the five-day festival of arts and ideas, Sacks will be joined in conversation
by Bill T. Jones, Robert Krulwich and Lawrence Weschler

New York, NY, March 6, 2013 – Intimate conversations with renowned neuroscientist Oliver Sacks will be presented for the opening and closing evenings of Live Ideas: The Worlds of Oliver Sacks at New York Live Arts. New York Live Arts’ newest program initiative, Live Ideas is an annual humanities festival that will explore a different theme each year over several days. The inaugural festival will take place from April 17 through 21, 2013.

The headlining events with the author of such best-selling works as Awakenings, The Man Who Mistook His Wife for a Hat, Musicophilia and Hallucinations, include Keynote Conversation: Oliver Sacks in Conversation with Bill T. Jones on April 17 at 8:00pm, followed a few days later by Robert Krulwich of Radiolab Celebrates Oliver Sacks on April 21 at 8:00pm. Both events will take place in the theater at New York Live Arts and are set to be live streamed for free on the festival microsite at newyorklivearts.org/liveideas.

Moderated by Lawrence Weschler, celebrated non-fiction writer and guest curator of Live Ideas, the Keynote Conversation on April 17 at 8:00pm will examine ideas of neurology and the soul, as well as current and past trends in neurological and choreographic research. Sacks will be joined by Live Arts’ Executive Artistic Director Bill T. Jones for this intimate conversation. Limited tickets are available for this event.

The final event of the festival on April 21 at 8:00pm will feature a special dialogue between Sacks and journalist and radio host Robert Krulwich, who has been chronicling Sacks’ work both on radio (NPR) and television (ABC) since the early 1980s, and most recently on a regular basis for WNYC’s award-winning national science program Radiolab. For this special presentation, Krulwich will delve deeply into Sacks’ early years.

“Live Ideas, as an annual event at New York Live Arts, will be distinctive in its explorations of the interplay of creative expression and the world of ideas,” said Jones. “We are extremely pleased that the first edition of the festival also affords us a rare opportunity to collaborate with the inimitable Dr. Sacks, who will celebrate his 80th birthday later this year. Perhaps more than anyone in recent history, Dr. Sacks has contributed to our growing understanding of the role of creative expression within the mind-body connection.” Comprised of more than 20 events, the series includes a wide array of performances, films and discussions that showcase works of art and spark conversations that engage the prevalent themes in Sacks’ works.

For more information and to purchase tickets, please visit the Live Ideas microsite at www.newyorklivearts.org/liveideas.

Download a PDF of the complete schedule and participant bios.