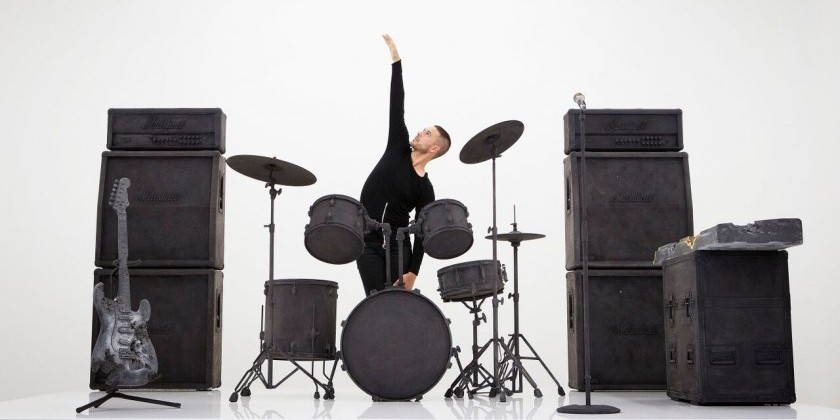 Choreographer Jonah Bokaer and the Chez Bushwick Board of Directors are pleased to announce the 2015 Annual Gala, which will take place on September 29th from 6:30 to 10PM at The Russian Tea Room, located at 150 West 57th Street in New York City. The Music box-themed celebration honoring contemporary artist Daniel Arsham is chaired by Claire Distenfeld, Michèle Gerber Klein and Tracy Stern.

Arsham, whose work straddles the line between art, architecture and performance, and Bokaer first met in 2006 through legendary choreographer Merce Cunningham, for whom Bokaer was dancing and Arsham was creating stage designs. The two began their own collaborative process a year later.

Over the past eight years, Arsham and Bokaer have built a unique scenic language exploring themes of spatial reorientation and disruption of the human body in relation to its surrounding environment, visual performance intervention, displacement of materials and a re-imagination of rectilinear stage space.

Their work has been shown at New York’s The New Museum and Lincoln Center, Jacob’s Pillow Dance in Massachusetts, the Arsct Center in Miami, IVAM in Spain, the Hellenic Festival in Athens, Greece, Rotterdamse Schouwburg in the Netherlands and at the Festival d’Avignon in France, co-produced by the Hermès Foundation.  Upcoming collaborations include FIAC (International Contemporary Art Fair) this October in Paris, France and a new work that will premiere at the 2016 Soluna Festival in Dallas with a new score by an internationally acclaimed American composer, songwriter and producer who will be revealed at the September 29th Gala

MUSIC BOX, a party over the top.

The evening’s festivities will include a lively cocktail party featuring an interactive installation by the evening’s honoree, signature cocktails by Tracy Stern Tea & Co. and a site-specific dance performance by Jonah Bokaer. Dinner guests will be treated to a festive seated dinner that offers a personalized art piece created by Arsham, film excerpts that highlight the duo’s collaboration, and three live dance performances including a solo performance by Jonah Bokaer.

The celebration will close with a VIP exclusive announcement about Arsham and Bokaer’s 2016 collaboration entitled Rules of the Game, the pinnacle of their work together thus far.

Proceeds from the event will benefit choreographer Jonah Bokaer, his award-winning work and his commitment to supporting a new generation of artists through Chez Bushwick in Brooklyn, NY. Founded in 2002 by Bokaer, Chez Bushwick provides affordable workspace, research, and presentation opportunities to over 2,000 artists per year, while serving as a home base to Bokaer and his body of 55 works.