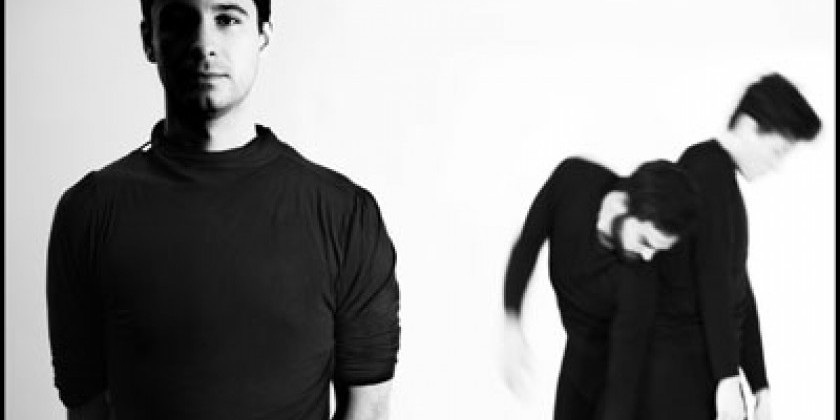 FREE; reservations for some events are available at www.onassisfestivalny.org

The Onassis Foundation (USA) Announces the

Commission by Angelo Plessas for The Art Wall, October-December 2015

New York, NY - (August 26, 2015) - The Onassis Cultural Center NY launches its inaugural fall season with the Onassis Festival NY 2015.  Narcissus Now: The Myth Reimagined is the first annual festival of arts and ideas, taking place in the newly renovated space in the Olympic Tower in New York City.  The Festival features a kaleidoscopic view of the myth of Narcissus through music, visual art, film, science, literature, choreography, culinary arts, fashion and digital media for curious minds. Free and open to the public, Narcissus Now at the Onassis Cultural Center NY (645 5th Avenue, New York, NY 10022), October 8-11, will include over 40 events for audiences of all ages-novices and scholars alike.  The Inaugural Season continues with the World Citizens symposium on October 23 and music programs in November and December.

Narcissus Now: The Myth Reimagined is the central theme for the first Festival. The myth of Narcissus has fascinated human imagination through time and cultures. With roots lost in antiquity, it first appears in the Homeric Hymn to Demeter, where narcissus is the flower that virginal Persephone plucks when abducted by Hades, the God of the Underworld.   The better known telling of the myth comes from Ovid's Metamorphoses: a beautiful Greek youth falls in love with his own reflection and wastes away pining for himself; in his place a flower grows, a narcissus, or daffodil which is our signal for spring.  This version of the myth is the defining allegory of the post-modern age.  From psychoanalysis to selfies, the Narcissus myth serves as an emblematic example of the unparalleled influence of Classical antiquity on our culture.

"Through this new initiative, an annual festival of arts and ideas, we take a fresh look into the classical tradition and the complex ways it forms part of our own vocabulary. We invite the community to join us as we explore how ideas and ancient models, such as Narcissus, are interpreted today and what we can learn from them," says Amalia Cosmetatou, executive and cultural director of the Onassis Foundation (USA).  "We will offer opportunities for Greek and American artists to work side by side on specially commissioned works and to explore how Hellenic culture inspires the creative arts and informs our lives."

Through exclusive commissions and by drawing unexpected connections, the Narcissus Now program showcases the impact of the Narcissus myth across a broad and diverse spectrum of artistic disciplines, including new collaborations between Greek and American artists.  The Festival's online presence will make the program available globally.  Violaine Huisman is guest curator for the first festival and Ellen Dennis its producer.  Narcissus Now is funded exclusively by the Onassis Foundation (USA).

"The story of Narcissus is everywhere, from selfies to the excesses of social media. It's so timely that it feels prescient. Yet the myth has an enigmatic quality, too, exposing the perils of self-regard, of solitude, of beauty.  The Festival presents all these aspects of Narcissus, reimagined across the arts. Our intention is to explore the intellectual depth of the myth with rigor and whimsy and a sense of fun." says Violaine Huisman, curator of Narcissus Now.

Triple Echo (October 8): In an original dance and music creation, Jonah Bokaer, "contemporary dance's renaissance man" (The New York Times) and Stavros Gasparatos, preeminent composer of the new Greek generation, team up with extraordinary collaborators to launch the Festival with a performance which will lead the audience across the expanse of the newly renovated venue. Set to live music, Triple Echo will feature three solo dance performances, lighting design by Aaron Copp and costumes by "master of minimalism" (T Magazine) fashion designer Narciso Rodriguez.

OCCNY will also present two musical highlights this season: an in-depth retrospective on the long tradition of Rebetika: The Blues of Greece (November 10 and November 12) and the world premiere of Petros Klampanis's new jazz composition Chroma (December 9).

A full schedule of Festival events and a complete list of participants is available at onassisfestivalny.org.

All Festival events are free and open to the public; reservations, required for some events, are available at onassisfestivalny.org on September 8.